What is National Pubwatch?

National Pubwatch is a small but active voluntary organisation which was set up to support existing Pubwatch schemes and encourage the creation of new Pubwatch schemes. Its key aim is to help achieve a safe, secure and responsibly led social drinking environment in all licensed premises throughout the UK and thereby reduce alcohol-related crime. Established in 1997. 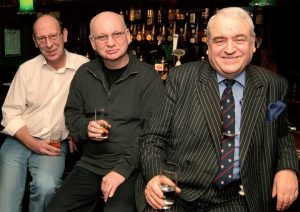 What does it do?

We are not a membership organisation but we maintain a database of Watches and people involved in Pubwatch schemes throughout the UK. We are registered with the Data Commissioner. Our Pubwatch Locator mapping tool is the latest initiative to signpost potential Pubwatch members and other stakeholders to a local Pubwatch scheme operating in their area. We provide advice and guidance on a range of Pubwatch issues through a number of different channels. Our Good Practice Guide is now widely referred to by the licensed trade and statutory authorities and is seen as a trusted source of reference for many of the issues affecting Pubwatch schemes. As you would expect from a national scheme we provide information and advice in a range of different ways. Our website is obviously an important gateway to our services but we also publish a bi-monthly E.Newsletter and most importantly we have a number of experienced volunteer Regional Representatives who are willing to give personal support. We can also help local schemes by giving access to start up materials; either providing small quantities of free window stickers and posters or allowing access to our site so that you can download materials.

The NPW annual conference is now one of our key events of the year and we bring together Pubwatch members, police and other stakeholders to discuss issues affecting the Pubwatch movement and to showcase best practice. We also feel that one of our roles is to identify and celebrate the efforts of individuals and Pubwatch schemes that have provided an outstanding contribution to Pubwatch in their local area. Details of current NPW awards and recipients can be seen on this website.

We are not a trade body and we do not represent the pub and hospitality industry on commercial issues. However we will raise issues with bodies such as the Home Office, NPCC and others or respond to public consultations where we feel that legislation or operational practices might damage partnership working and disrupt our aim of creating safer drinking environments. Members of the Committee have represented Pubwatch in many seminars and meetings on Licensing reform and more recently the issue of Social Responsibility and the Late Night Levy.

We are funded entirely through the generous sponsorship we receive from the pub and hospitality sector. A list of our current commercial partners can be seen on this website.

What has it done?

Paul Neades – former licensee with over 25 years in the pub trade. He is now a consultant, specialising in training, licensing compliance and food safety.

David Lucas – Licensing Solicitor. Chairman of Nottingham Pubwatch. He is also a board member of Institute of Licensing and Best Bar None.

Michelle Perrett – Freelance Journalist. She has many years experience of reporting on the Pub and Hospitality trade.

If you need to contact the NPW Committee our general contact details are shown below. Please be aware that as a voluntary organisation we do not have any full time staff so we may not reply to your query immediately. For support or guidance from any of our volunteer Regional Representatives please visit the contacts page.
By post National Pubwatch, PO Box 76958, London, N21 9FJ.