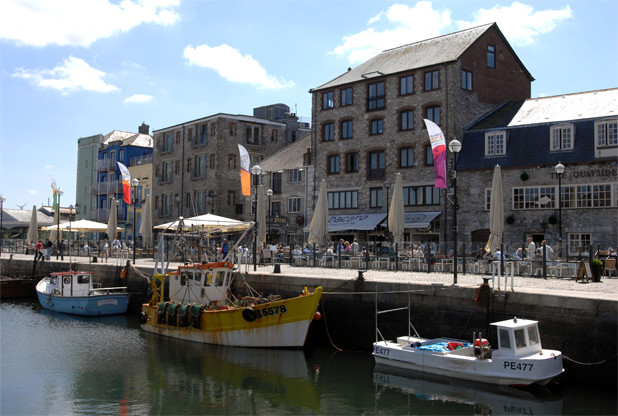 FIFTEEN people accused of persistently causing trouble on the Barbican have been indefinitely banned from 20 Plymouth pubs. Police and publicans say there has been a drop in booze-related crime on the Barbican. This months meeting of Barbican Pubwatch heard how the August Bank Holiday had passed off peacefully after a trouble-free year. The Pubwatch group of about 20 pubs and clubs, which was reconvened last year after a hiatus, has handed indefinite bans to about 15 persistent nuisances in a bid to keep trouble at bay.

Police and Plymouth City Council chiefs are backing and praising the group for its efforts. Pubwatch chairman, Ivor Edmunds, said: Weve had a fantastic year. Statistically, trouble is right down. More families are coming to the Barbican, which was always our aim. Its unrecognisable. He said an influx of quality restaurants into the waterfront had changed the mix, and behaviour, of people. And the pubs had upped their game too, by providing good food. And he added: If people come to cause trouble they are banned and not allowed in anywhere.

Jock McIndoe, police licensing officer, said the force was happy to help Barbican Pubwatch enforce the bans it had handed out. Were backing them all the way, he said. Theres been a substantial reduction in incidents of alcohol-related crime on Bank Holiday weekends this year  which is very welcome. He said the Barbican was still suffering slightly from an unwarranted reputation hanging over from days gone by. But he highlighted the huge difference between the historic and modern Barbican. The character of the area has substantially changed, he said. And the clientele has changed with that. Historically we had families here until 3pm and then it was drinking, he said. Over the past 18 months thats shifted. The drinking is coming later. They are still catering for evening and night-time trade but also family groups in a far happier and more comfortable environment. He said the relationship between the licensed trade and authorities such as the police and council was light years ahead of what it had been eight years ago. The trade has changed its outlook and provision to something more modern, he said. This group is sharing best practice and moving forward. Everyone understands everyones responsibilities and there is a common goal.

Cllr Philippa Davey, Cabinet member for Safer and Stronger Communities, said: We are pleased to see the Barbican Pubwatch scheme has proved to be a success and wish them well. Its members are in and around the Barbican day-in and day-out and have a good idea of what needs to be done to make the area even better. Our licensing team helped the scheme get off the ground and continues to support the group. The Barbican is a buzzing place and is rightly hugely popular with visitors and residents. We support efforts to make it an even safer destination for families and people wanting to enjoy a top night out. We encourage other groups of licensees in other areas to get together as it is clear that working together pays off.