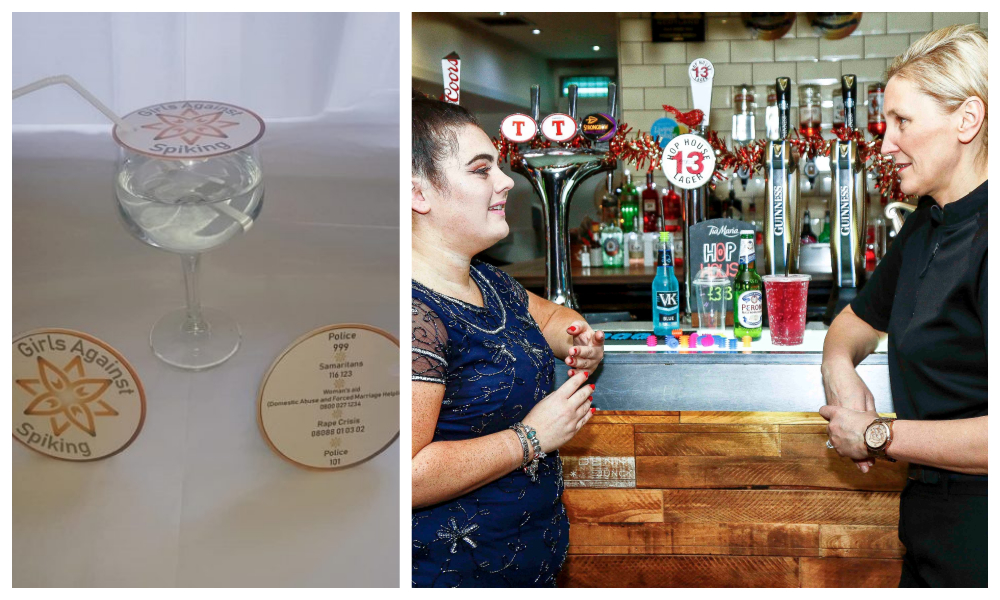 27/11/19: Story and photographs courtesy of The Courier www.thecourier.co.uk

A Police Scotland-backed campaign which aims to stop drinks being spiked has been branded a waste of time and effort, by members of Fife’s Licensing Forum.

Police Scotland’s Fife division is supporting a new initiative by the nationwide Girls Against Spiking group which has seen thousands of specially-developed coasters distributed to every division across Scotland.

They will distribute the beer mats, which are designed to sit on top of glasses to stop someone slipping drugs into a person’s drink, to licensed premises across the region.

Doubt has now been cast on the effectiveness of the move by licensed trade representatives in Fife, who fear it will send out the wrong message.

Paul Smith, of Castle Leisure Group, which owns Stirling nightclub Fubar and others, told forum members the “general feeling” among local licence holders is the scheme is “not well thought out”.

He said: “The best prevention is to keep hold of your drink.

“The general reaction from the trade is that they are not going to embrace this initiative because it’s not only far from fool-proof, it’s bad. It’s been flung together trying to tick a box.

“The trade is very conscious that at this time of year we all need to be aware that more and more people are coming out and drinking and will be consuming more alcohol than they do at other times of the year.

“But this doesn’t seem to be one of those initiatives that’s caught the attention of the trade. If you use one of these beer mats, you go away and come back, there could still be something in that drink.

“The message really has to be: ‘Don’t leave your drink unattended at all’.”

The coaster also features telephone numbers of organisations which can help those dealing with mental health issues. 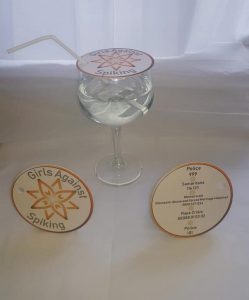 The coasters which are being distributed across Scotland

Forum members saw the benefits of that aspect but urged people not to use the devices as a fallback to prevent drinks being spiked.

The Girls Against Spiking campaign was the brainchild of Ayr law student Cara Teven, who started the initiative when one of her own friend’s drinks was spiked.

She said: “Everybody knows somebody who has been spiked.

“It is one of those things where people are too scared to come forward and with it being mixed with alcohol there are connotations with the victim being reckless and embarrassed about it.”

Police Scotland is supporting the initiative to help raise awareness of the issue and encourage people to report incidents.

Assistant Chief Constable Gillian MacDonald said: “Lids will help reduce the chance of your drink being spiked and we fully support the campaign to reduce the likelihood of drink spiking for men and women.

“We always encourage people not to leave their drink unattended or let a stranger buy you a drink without knowing what’s in it.”