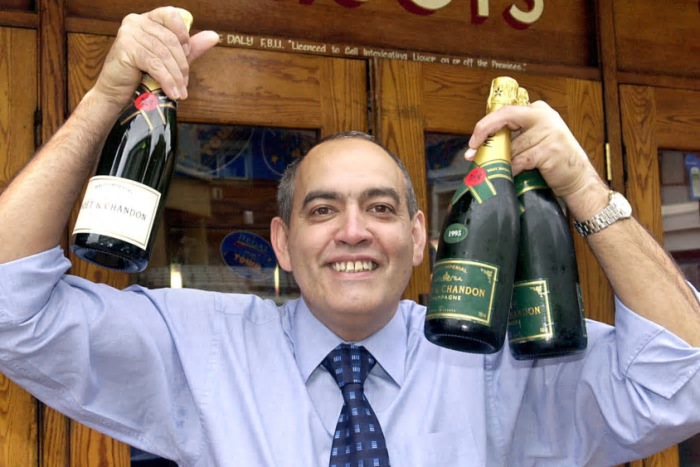 One of the biggest characters on the Blackpool pub scene is to call time on his career and bid farewell to the bar.

Dave Daly is to step down as landlord of the Castle on Central Drive ahead of his 65th birthday on October 5 after 39 and a half years working in pubs on the Fylde coast.

Dave, who is pub watch co-ordinator for the North West and regional chairman of Licensees United for the Unite union said the time had come to give up as years of being on his feet had taken its toll on his knees. But he said pubs and working in Blackpool was in his blood and he would be continuing his work with the union and pubwatch.He said: “Working in pubs in Blackpool has given me and my family great times and a great living so I just can’t walk away now.

“I am ingrained with the night-time economy here. My knees have gone but Blackpool gets under your skin.

“I tell people I was born in Salford but made in Blackpool!”

He said society may have changed since 1980- when he first came to Blackpool and the worst excesses of the stag and hen culture have mellowed, but he said he had always worked in “dirty boozers” where the emphasis was on the drink rather than being food or family friendly.

He said: “This is the Northern Powerhouse of fun and I always looked on my job to be to send people back down that motorway with a hangover. “Back in the day we had the dentist’s chair (made notorious by footballer Paul Gascoigne ahead of Euro 96), the bucking broncos, which you had to ride naked, people dancing commando at Cahoots, the sticky wall, all sorts of fun. “It doesn’t suit everyone but there is a place for it and 99 per cent of people coming to Blackpool wanted that sort of fun it was always a working class resort. “I have had my arguments and partnerships with the council and the police but is has been great to work with them all.

“It is that sort of business. There has always been a bit of rough and tumble and in the old days I have been beaten up about six times had my nose broken twice and ended up in hospital.

“It has not always been PC and to be honest Blackpool is a lot better now than it was. “They days when stag and hens used to turn up dressed as golliwogs and black and white minstrels have gone. “They still come dressed up which is great fun but that sort of thing has been replaced with the 118 guys and things. One thing that has always been a constant though is the ‘invisible dog’, you know the lead and collar. It must have been invented here or something it is so popular!” Dave started in pubs after leaving the merchant navy where he had served among other things as a waiter on the QE2.

“Whitbreads were running a diversity programme and wanted more brown faces in their pubs so I signed up. I had no skills other than hospitality so I thought it might suit me. I trained at the St Annes Tavern or hotel as it was called in those days and went from there to Bolton before working my way to the coast which was always the goal.” Dave has help lead the resort’s licencees in their battle against EMRO early morning restriction order plans when the police and the council wanted to restrict opening hours to cut anti-social behaviour on the streets and has battled against the mega-cheap booze sold in supermarkets which has hit pubs’ trade. He added: “It has been great, I have loved it and loved living in Blackpool for 30 years too. “The industry is still strong despite everything and the town is still vibrant so I am leaving it at a good time. “I will carry on with the union and with pubwatch. I have always been a trade unionist since I was in the merchant navy, I would not describe myself as militant. I don’t really believe in going on strike but I do believe in the working man.” Daves’ pubs: St Annes Hotel (Tavern) The Three pigeons, Bolton The Whalley Arms, Whalley Oscars in Bamber Bridge The Farmers, Great Eccleston The Broadway, Fleetwood The Castle, Blackpool The St Annes Tavern The Talbot, Lytham The Broadway, Fleetwood Sticky Wickets, Southport The Dickens, Cleveleys Never on a Sunday, Clifton Street Cahoots, Blackpool The Beach, South Shore St Annes Tavern The Castle, Blackpool

Story courtesy of The Gazette-Blackpool 26/09/16