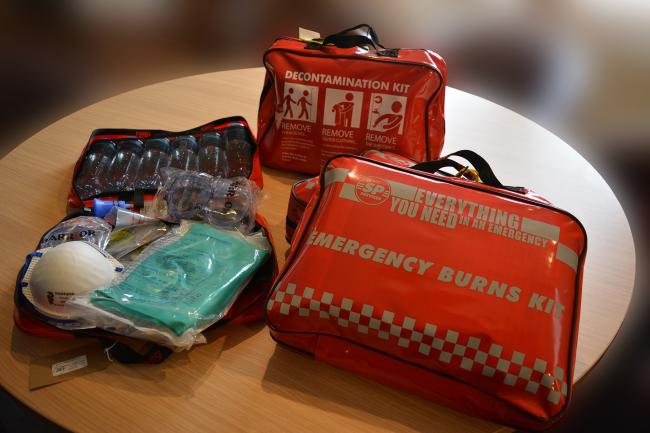 The rollout means that people will have access to the equipment should an incident occur, allowing the provision of immediate first aid until the emergency services arrive.

Police Inspector Amanda Thomas presented the group with information and the Welsh Ambulance Service gave detailed instructions on how to use the kit. Each kit contains personal protective equipment, bottles of water, bandages, chemical gloves, face masks and safety goggles.

Councillor Haydn Trollope of the Tredegar Central West Ward, said: “We are very pleased to support this initiative and help keep the people of Blaenau Gwent safe. There has never been an acid attack in our area and we hope there will never be a time when this kit will be used.”

19 kits have already been bought by a number of licensees, six have been funded by Blaenau Gwent CBC and Gwent Police, plus a further six funded by Town Councils in Brynmawr, Tredegar and Crime Prevention Panels.

NPW Editor Comment: We do not want to overplay the issue about acid attack in the pub and hospitality industry but there are obvious public safety fears due to the horrific nature of this type of crime. In June we will be making a short training film for Pubwatch members, which will provide first aid advice on how to deal with an acid attack, together with another film about knife crime. If readers have never previously looked at our YouTube link, we would urge you to visit the site to view this resource, which contains various training films on such things as Conflict Management and Crime Scene Preservation.