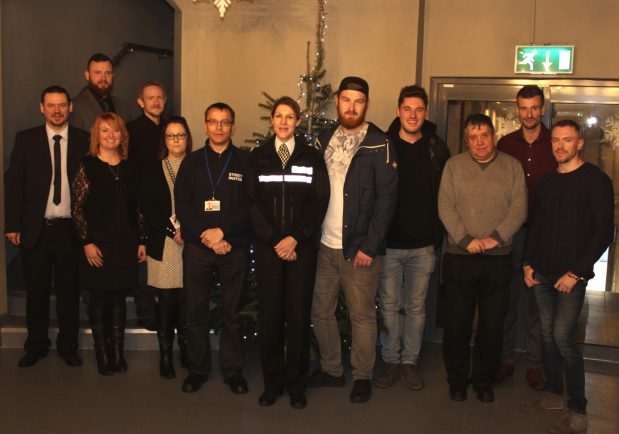 MEMBERS of Bromsgrove Pubwatch are warning revellers to behave themselves over the festive season and to have an enjoyable and safe night out in the town.

It follows a meeting on Thursday (December 8) when landlords, police representatives and the town centre manager got together to discuss raising awareness of alcohol-related problems and safety issues.

The group has a rigorous banning process which means any individuals who cause trouble in licensed premises can be banned from all the participating pubs in the town.

Insp Sarah Corteen, from Bromsgrove Safer Neighbourhood Team, said: “We have an engaged, motivated local Pubwatch which is keen to raise alcohol awareness and safety issues to ensure a considered, timely local response.

“We want people to come to Bromsgrove to enjoy themselves and to go home safely at the end of the night.

“I urge people to drink responsibly and make sure you know how you’re getting home.

“Bromsgrove is not a city centre location so if you intend to travel by taxi the advice would be to pre-book your journey home.”

She added the police would be using all of its powers to pre-emptively prevent anti-social behaviour and disorder in the Worcester Road area of Bromsgrove where several night time venues were located.

Bromsgrove Safer Neighbourhood Team will be providing high visibility patrols across the district during the festive period as part of a number of schemes to provide reassurance and to ensure law-abiding residents can go out and have a good time.