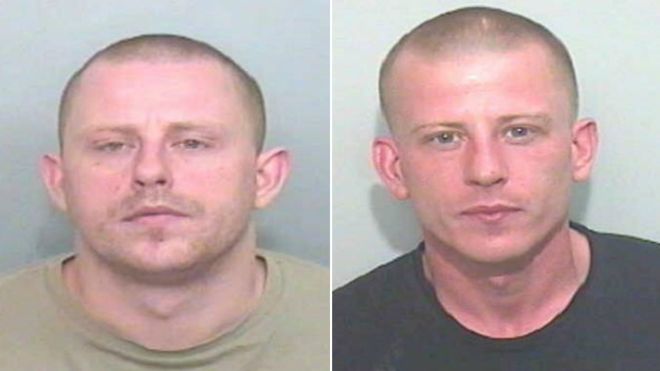 Two brothers who targeted pubs across the south of England have been jailed for a total of 11 years after admitting conspiracy to burgle.

The duo, whose last known address was in Beckton, east London, were arrested by Essex Police in March 2015 after a public appeal to trace them.

The brothers were first charged with burglary and drugs offences but later charged with conspiracy after more than 60 burglaries were brought together in one case.

The brothers stole cash totalling £19,700 and other items estimated to be worth around £1,000.

The brothers were sentenced to five and a half years’ imprisonment each at Chelmsford Crown Court on Wednesday, June 24, 2015.

It was only after arresting them having been wanted for burglaries across Essex and Hertfordshire that I began to fully uncover the number of crimes they had committed.

This case has involved liaising with officers from seven other forces to pull together all our work to make a strong case which meant the Linnen brothers had no choice but to admit their guilt when faced with the weight of the evidence compiled against them.

The court heard how the offences were committed over six weeks while both brothers were on licence having been released from prison merely days before their crime spree began.

Their sentences will be served consecutively to the remainder of their previous sentences, which were also for burglary.