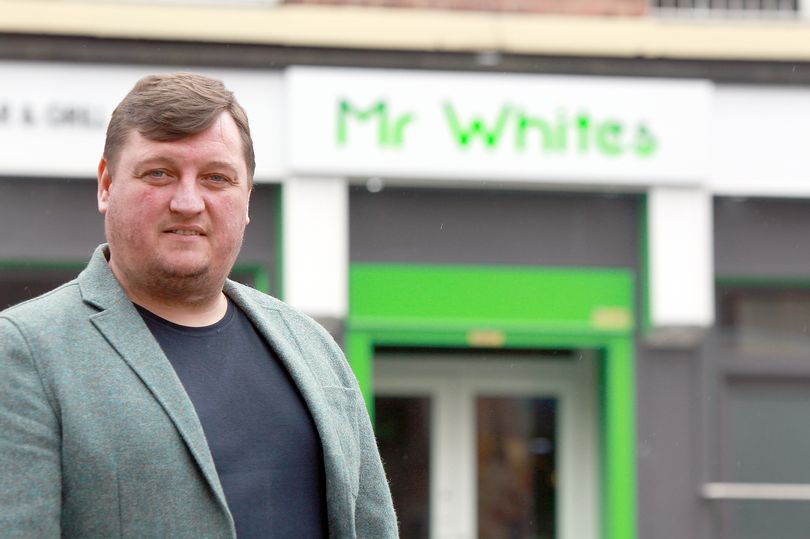 Mike Yates, licensee at Mr Whites Pub in Birkenhead where a doorman was stabbed over the weekend. He wants to relaunch a pub watch scheme for the town.

A landlord whose Birkenhead pub was the scene of a vicious assault on a doorman is calling for the introduction of a Pubwatch scheme in the town.

Emergency services were called to Mr Whites Bar and Grill in Argyle Street last Saturday night following reports that a doorman had been attacked.

He suffered a stab wound to his abdomen and was taken to hospital for surgery. Fortunately, his injuries were non life threatening.

Now Mike Yates, the licence-holder at the venue where the assault happened, is calling on pub landlords to get together and re-launch a Pubwatch scheme, after the earlier one lapsed.

It involves landlords sharing information and tipping each other off if troublemakers are at large and may be heading to their pub or club.

Mr Yates said: “I’ve been the licensee for a year-and-a-half and it’s the first major trouble I’ve ever had here. We were just shocked.

“All we need to get the ball rolling in Birkenhead is a little bit of time from local landlords and a small monthly fee, which will be a small price to pay to make our town centre a safer drinking place.

“Ideally, this will be a banned from one, banned from all scheme and will cover violent offenders.

“The incident that occurred on Saturday night might not have happened if we had all worked together for the price of a call or a few texts.

“It’s got to stop or there’ll be no Birkenhead nightlife.”

A council spokesperson said: “Wirral Council supports any ideas or schemes which will improve the safety and security of licensed premises.

“Licensed Premises Networks, co-ordinated by the council’s licensing team, are already in existence in several parts of the borough. The aim of these networks is to encourage premises to share localised information and intelligence across a range of relevant issues.

“The Birkenhead group now meets on a regular basis. Mr Whites have accepted an invitation to come along to the next meeting on Tuesday May 17 to discuss their ideas with other businesses in the area.

“If they want to set up a local Pubwatch scheme then the council will of course support that.”

Following last Saturday’s incident, Simon Pierce, 37 of Cearns Road, Oxton appeared at Wirral magistrates’ court charged with Section 18 wounding and threatening a person with a blade in a public place.

He was remanded in custody until his next appearance at Liverpool Crown Court on June 6.