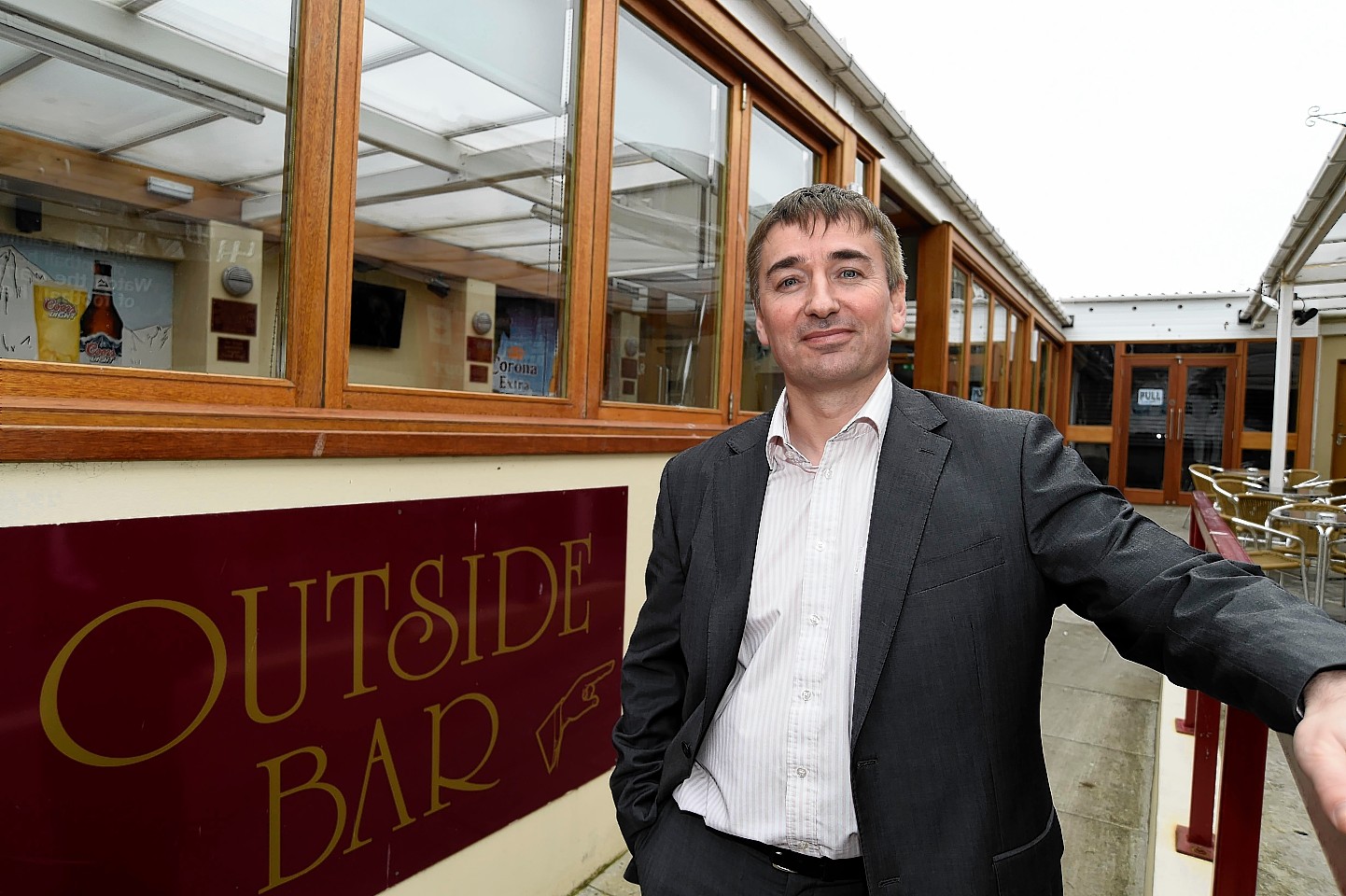 Publicans in the north east have called for a mandatory Pub Watch scheme in Scotland to ensure landlords dont try and put profit over a commitment to keeping pubs safe for drinkers.

Members of the North Aberdeenshire Licensing Forum are today due to send a letter to health secretary Shona Robison asking her to make the Pub Watch scheme a necessity for all premises.

The scheme encourages pubs and clubs to work together to stamp out anti-social behaviour in pubs and bars with those barred from one member bar banned from them all. However, a leading north-east publican has claimed some venues are flouting the initiative in favour of bringing in trade.

Dennis Forsyth, who runs the Cheers bar in Fraserburgh  which last month was named Scotlands friendliest pub  said last night: The Pub Watch scheme can be very beneficial, if everyones singing from the same hymn sheet. Every single bar must be included. There are pubs which have deliberately not joined the Pub Watch scheme so they dont have to bar people, meaning they can get them into their pubs. That doesnt seem too bad, until you look at it as a professional. These barred people have friends who will then leave Pub Watch bars to go elsewhere to drink. I understand people are reluctant to have people banned from their business, particularly when theyve done something wrong in another pub besides their own.

He added: Pub Watch is one aspect of being socially responsible, alongside working with the police and operating CCTV. It all goes hand in hand. Premises signed up to Pub Watch work closely with Police Scotland to crack down on offenders, and the force has praised participants.

Sergeant Sam Buchan, of the Divisional Violence Reduction Unit, said: The Pub Watch initiative has proved very successful wherever its been rolled out across the region. There is no room for violence or anti-social behaviour in pubs and our close partnership with the Pub Watch licensed premises helps ensure that these venues are safe and enjoyable places for all.

The request to make membership of the Pub Watch scheme mandatory for licensees comes amid concerns about the drinking culture in the region. Last month, councillors called for the Scottish Government to enforce a blanket drinking ban on town centre public spaces to replace existing bylaws.

Story and photograph courtesy of The Press and Journal www.pressandjournal.co.uk

Pubwatch has always been a voluntary activity, with local schemes run by licensees for their own benefit. Recent legal challenges have focused on how much involvement the Police and other public authorities have in the management and processes of the scheme. If the claimants had succeeded in convincing the High Court that there had been undue influence then they would have opened up the schemes to Human Rights legislation.

Should membership of a scheme became compulsory it might prove difficult to argue that the purpose of a Pubwatch and decisions taken to ban a troublemaker is purely for the benefit of the licensed trade, rather than say the Police or criminal justice system?

We can see the attraction of trying to encourage reluctant licensees to engage in a local Pubwatch scheme but the interference of the State, no matter how well intentioned, could damage the power of the trade to collectively exclude troublemakers and in the long run prove counterproductive.