The Examiner live news report ‘The Huddersfield town centre bars, pubs and clubs where violent incidents are common’ followed from a Freedom of Information request to West Yorkshire Police which requested details of violent incident reports that had occurred in town centre venues.

The report highlighted a number of venues which appeared to have a high level of crime.

The following excerpt was contained within the report: 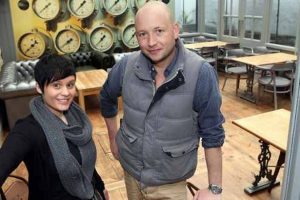 Chair of Huddersfield Pubwatch explains what venues are doing

Mark Hollingsworth, Chair of the Huddersfield Pubwatch scheme and owner of Five Bar, said: “Its important that these statistics are properly understood. They are reports of incidents linked to the premises that have been used as a point reference, often reported via the venue themselves when something has occurred within or outside or even nearby, and may in fact bear no relation to the venue whatsoever.”

“For example, a proactive doorman on a busy street, using the town centre radio correctly will notch up a lot of incidents both minor or major for his venue compared to a venue that doesn’t have the radio link at all or even door staff.”

“The Pubwatch group has been working hard to improve the safety levels within the town centre and has forged strong links with licensing, West Yorkshire Police and the local authority among others.”

“It meets every six weeks to discuss and share information within the town centre and has focused on improving safety and information sharing with all town centre licensees that wish to attend. Over the last 12 months we have made some serious progress.”

“As Chair of Pubwatch I’ve spoken to both licensing, and the NPT Inspector of West Yorkshire Police Graham Dyson within the last 24 hours and both have confirmed that the busy December period in terms of violent incidents has been one of the lowest on record in recent years, with no major incidents through the festive period, which in itself is a result.”

” ‘Mad Friday’ was unusually quite in terms of incidents reported despite the town centre being packed with revellers and extra police patrols has helped enormously. We also now have dedicated police officers ring fenced within the town centre every Friday and Saturday nights, indefinitely running into 2020, with extended shifts until the early hours, this is a great leap forward from where we were 6 months ago.”

The Pubwatch Group has:

Mark added: “Now, information sharing on targeted groups or individuals is readily available from all venues and helps alert premises of any unwanted visitors to the town centre early and prevents situations escalating.”

“We are determined to improve the safety of the town centre. It’s not easy with budget constraints and cuts in funding but we are getting there and hopefully as a group all working together we will start to change the public perception of the town centre.”

The full story can be seen at www.examinerlive.co.uk