We are aware of concerns expressed by a number Pubwatch schemes about a worrying increase in the number of seizures of fake CitizenCard’s and Driving Licences.

These fake or so called ‘novelty’ cards are getting increasingly sophisticated.

Andrew Chevis, the CEO of CitizenCard has informed us that they have a new app, which will allow users to check if a card is fake.

It extracts from a presented card the name, DoB and card number (as well as confirming the visual accuracy of the card) and checks the data against the company database.

If it matches, the app displays the photo the company holds on file, so this can be compared to the person presenting the card.

The new app will be offered free of charge to anyone working in the retail or licensed trade.

app is now live in the Apple Store and Google Play Store:

iPhone users can get the app here:

Android phone users can get the app here: 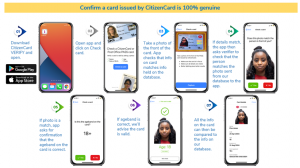 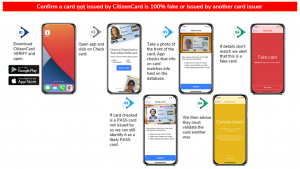