Things are looking up for Spalding’s pub scene – and bans are working as a deterrent to encourage troublemakers to ditch their bad behaviour.

Venues across the town work together as part of the Pubwatch scheme – and six people are currently banned from entering into any of their establishments.

Former police sergeant Stuart Brotherton, who runs the scheme, says the threat of bans has a positive impact on our pubs. 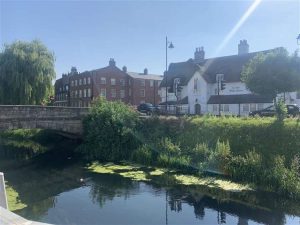 He said: “The deterrent effect is there for Pubwatch because it’s peoples’ social life.

“People have said ‘please, whatever you do, don’t put me on a ban’. They’ve even said that they would rather go to court and pay a fine.

“I am pleased that it has that sort of effect.”

Bans for both Pubwatch and Shopwatch are handed out to serial offenders who ignore written warnings.

Mr Brotherton’s role sees him have close contact with landlords – and he feels the outlook is positive for publicans, especially if the Government’s Covid restrictions are able to end as planned on July 19.

This year has seen new owners revealed for Mulberry’s – which reopened on Monday after a makeover – while the Red Lion has successfully changed hands.