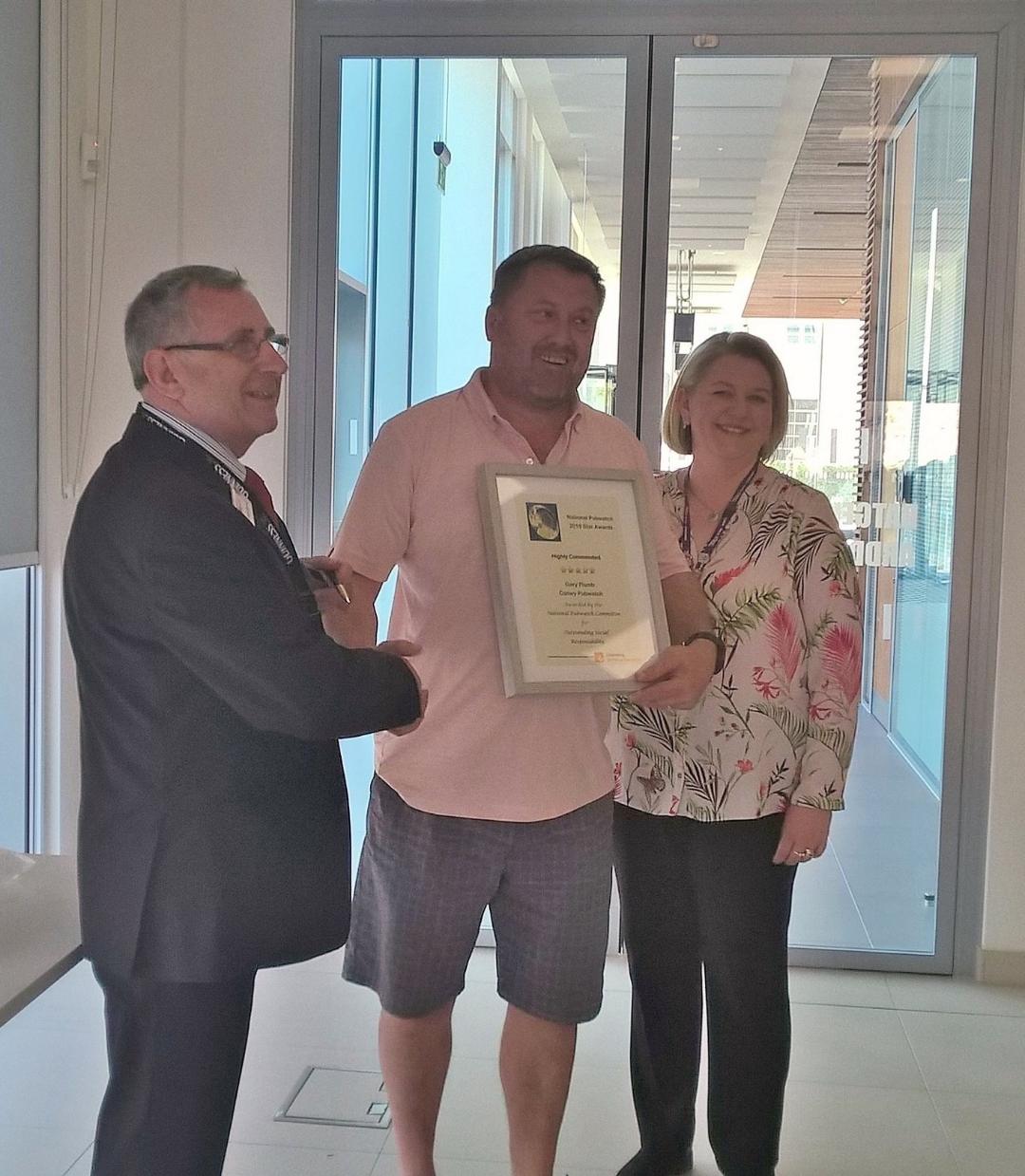 Garry who is the Manager of the Maelgwyn Public House in Llandudno Junction was nominated by Samantha Jones of Conwy Council.

He was one of the original founders and member of the Conwy Pubwatch which was launched 16 years ago and has been chair for 10 years.

Sam said: “His recognition is well deserved. Garry was instrumental as a co-founder of the West Conwy Committee, that saw Llandudno, Colwyn Bay & Conwy join forces. He has also chaired this committee for 9 years alongside his own Pubwatch group”.

“His dedication and commitment to the Pubwatch group is second to none and has always supported the licensing department and North Wales Police where he can. Garry is always on the end of the phone for members of his group and has even represented Conwy at meetings in neighbouring authorities when they have struggled to keep their schemes going. I genuinely believe that without Garry at the helm, the Conwy scheme would have struggled.