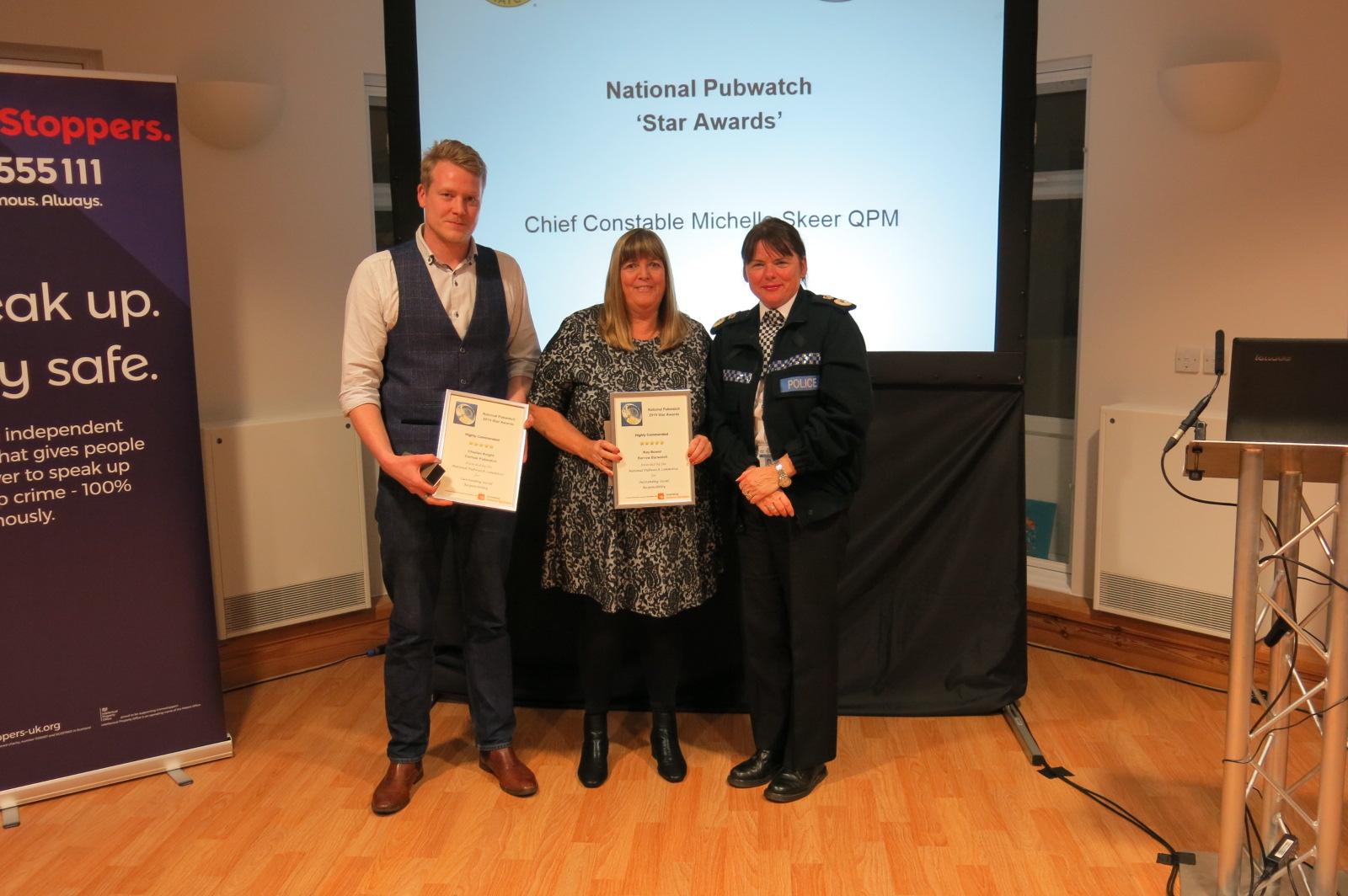 The recipients of the awards were nominated by NPW regional representative Joe Murray.

Joe highlighted the important role of that local Pubwatch schemes play in dealing with anti-social behaviour in the night-time economy.Charles Knight of the Crescent Bar in Carlisle was praised for his hard work and commitment supporting Carlisle Pubwatch. In particular his pro-active role in setting up their on-line messaging system and the many hours he spends on administration. In addition his work to ensure that the schemes financial commitments are dealt with efficiently.

Kay Bower from Barrow in Furness Labour Club is a founder member of the Barrow Barwatch, since its launch in 2008. During this period of time she has only missed five meetings. She was praised for the strong support that she gives to the scheme. In particular being instrumental in hosting Personal License Courses at her venue at a reduced cost to scheme members.

The NPW Star Awards are sponsored by Licensing Defence Barristers