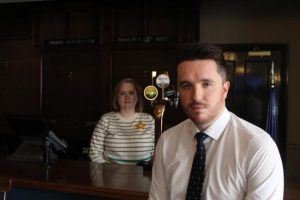 ‘PREDATORS’ snared in a plain clothes police sting in 2019 were visited this year as officers prepared to resume the operation targeting would-be sex offenders operating in Oxford’s bars and clubs.

Det Ch Insp James Senior, who leads Project Vigilant, said his officers would be looking to use laws aimed at tackling anti-social behaviour – including formal warning notices – to prevent people from travelling to Oxford’s nightspots to target vulnerable partygoers.

The operation, which sees plainclothes officers walking the streets to identify sexual harassment, was originally launched in 2019 in response to a spike in rapes and other serious sexual assaults linked to the city’s night time economy.

Thames Valley Police said the scheme resulted in a 50 per cent drop in reported rapes and a fall in other sexual assaults of a third. “We were identifying that predatory behaviour before the offence took place,” Mr Senior told the Oxford Mail.

As bars and clubs reopen their doors to thousands of students post-pandemic, the operation is being relaunched.

And officers made sure those snared two years’ ago knew that the scheme was back.

We wanted to make sure that people knew we were looking to do this again in 2021,” Mr Senior said.

“So, we proactively visited a whole host of people that we were concerned about. We went and visited quite a few people and just made sure they knew Vigilant was back in 2021.”

The senior detective added: “People will change their behaviour when they see a uniformed police officer. However, if you can’t see the police officer you act normally.

“So those plain clothed police officers are briefed heavily on what to look out for in terms of predatory behaviour.

“They will call up their uniformed officer colleague to come and assist and they will have that engagement with a view to emphasising there are police officers here, if you’re looking to commit sexual offences tonight you will be arrested, the behaviour that we’ve seen is unacceptable and it won’t be tolerated in Oxford and the Thames Valley.” 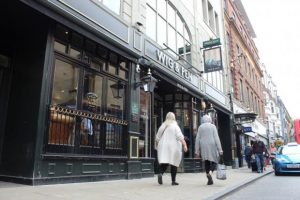 The Wig and Pen, Oxford, where the Op Vigilant training was held

This week, around 30 Oxford city publicans, bar owners and their staff members met at George Street boozer the Wig and Pen for a training session organised by Thames Valley Police and the Oxford Pubwatch scheme.

Officers hope to train up staff in pubs, clubs and bars to spot the signs of potential sexual predators, so they can report them to police – and stop a crime before it’s happened.

Caren Ashton-Penketh, general manager of O2 Academy on Cowley Road and chairman of Oxford city Pubwatch, said businesses were already speaking to each other via secure radio networks.

She described the venues as the ‘eyes and ears of the night time economy’, adding that she hoped Op Vigilant would help customers feel safer this autumn.