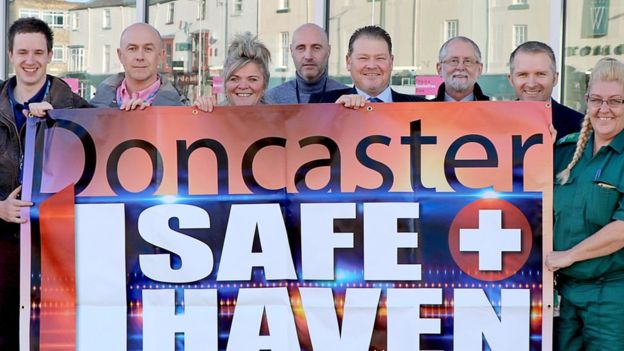 A bus with nurses, a social worker and a mental health worker on board has been parked up in a town centre for Christmas revellers in need of help.

The Safe Haven bus will be outside Doncaster’s Mansion House in High Street on “Mad Fridays” in the run-up to Christmas.

Those behind the project said it was the first of its kind in Yorkshire.

They said they hoped the service would help take pressure off local A&E services.

Emergency attendances to Doncaster Royal Infirmary increased by 13% in 2015, compared with 2013. 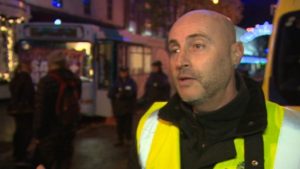 Project manager Andy Collins said: “It’s not just about reducing the amount of people who head to A&E due to excessive alcohol or alcohol-related injury or illness.

“When people have had a drink they are more likely to be vulnerable and we can offer help and support to keep them safe.”

The converted bus was outside Doncaster Mansion House on Saturday night giving out advice and contraception, and phoning homes.

An ambulance is stationed alongside the bus will be there for paramedics to decide whether to send someone to&E.

“We’re trying to get people in taxis to go to A&E rather than phone ambulances, and provide a safe place for young people to sit and wait for a taxi or for their parents,” Mr Collins said.

There are plans to set up the bus in the town centre on Saturday nights and bank holidays from June to September.