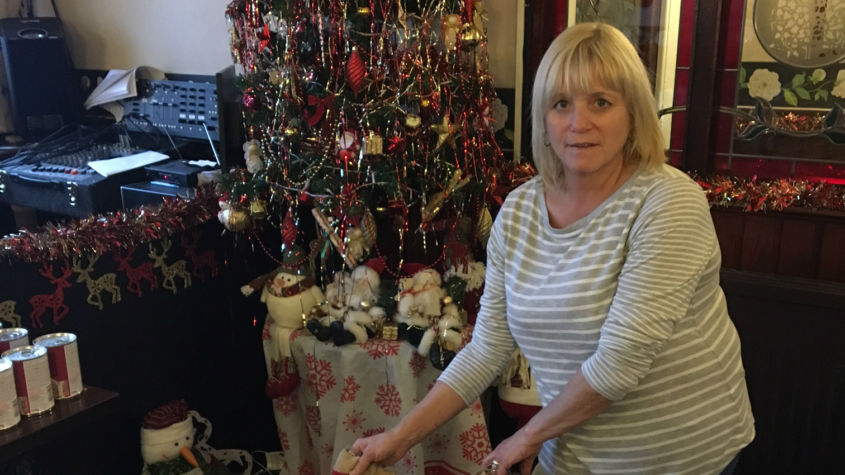 Droylsden’s Pubwatch scheme have been making sure that vulnerable and isolated members of their community don’t go hungry this Christmas.

For the fourth year running, each venue signed up to Pubwatch donated up to £100, meaning 90 hampers have been distributed to help those in need over the festive period.

Secretary of Droylsden Pubwatch, Sheila Bowater (pictured), and a team of helpers assembled the hampers at the Bush Inn.

“It’s about Pubwatch putting something back into the community,” she said.

The 90 grateful recipients have received a Christmas sack bursting with meals, essentials and some little treats too.

Sheila said: “We put in three or four meals, soup, some snacks and things like that so they’ve meals for three to four days and something at hand if they can’t get out.

“We also put in things like tea, coffee, sugar and some cakes.

“It’s always well received in the community. We had some lovely feedback last year from the recipients of the hampers. They really welcome it.

“If the weather is really bad and they can’t get out, they’ve got something in that they can make a meal with.”