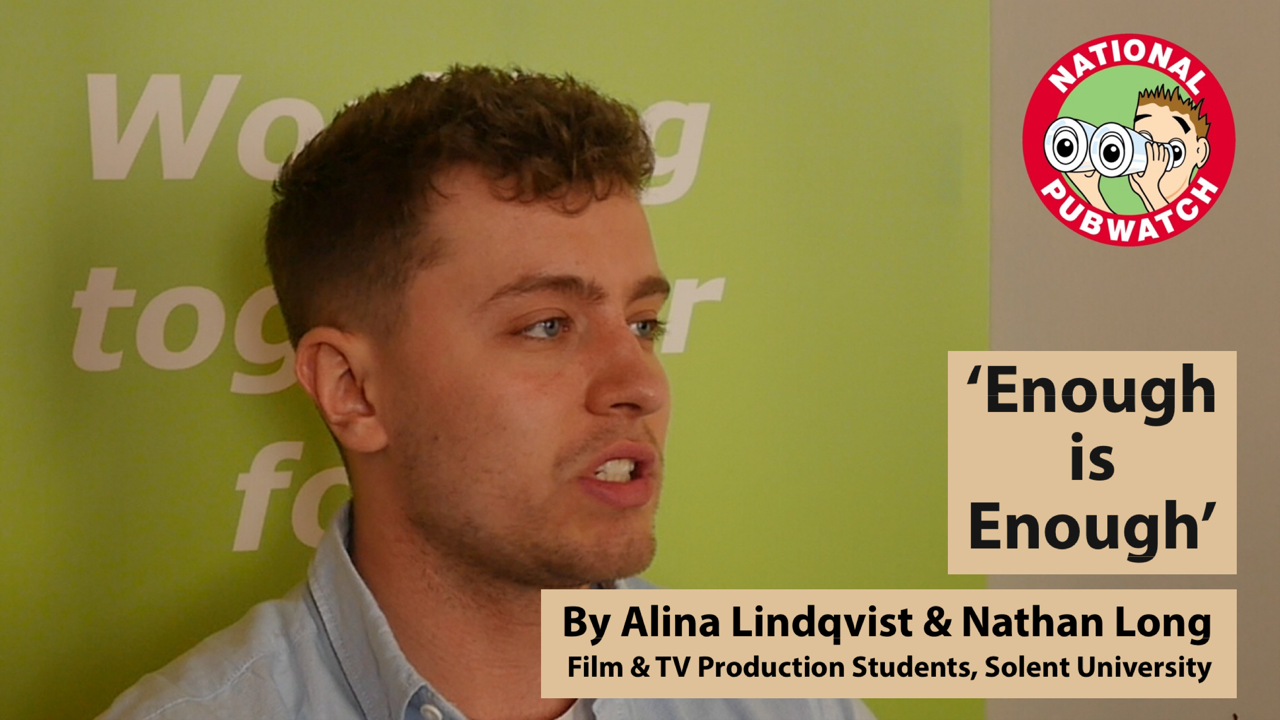 Prior to the presentation, Nathan was interviewed about the project. He explained that as part of his media studies module he was required to  produce a film for a real life client. The film was produced jointly with fellow student Alina Lindqvist.

He described how they worked alongside National Pubwatch Committee member Trevor Pepper to identify and understand a suitable topic which would meet the aims and objectives of his ‘client’.

The result of the collaboration led to Nathan and Alina producing a film which shows the impact that excessive drinking can have on the individual, NHS and businesses. He explained how his experience of the student drinking culture and process of making the film had influenced  his views on the need to look after the people around you.

The interview, followed by the film ‘Enough is Enough can be viewed on the National Pubwatch YouTube page here.

We wish Nathan and Alina every success in their studies and future career.