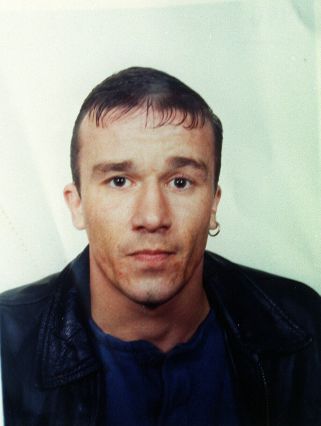 Stephen Cook: his status as a vulnerable adult was no excuse for aggressive and abusive behaviour, said the judge.

A mother has failed in her bid to overturn a court’s decision to convict her son of being drunk and disorderly and obstructing a police officer.

Northern Ireland veteran Stephen Cook, 46, who suffers post-traumatic stress disorder, was given fines of £150 after magistrates convicted him of the two offences following a confrontation with police officers outside a Cockermouth pub in 2014.

But his mother Evelyn Bitcon, 72, who has no legal training, took the unusual step of conducting her son’s appeal before a judge at Carlisle Crown Court.

She claimed that Cook, of Shaw Wood Road, Thursby, had been maliciously targeted by Cumbrian police officers and that they used “excessive force” when arresting him.

She said this left him feeling so threatened that he had reacted, going into “protect” mode. Mrs Bitcon also suggested that the police should not have been “policing” the local pubwatch scheme.

Summarising, she said that the prosecution case was that Cook had been asked to leave the Fletcher Christian Pub in Cockermouth at around 1am by staff who had realised he was banned under the local pub watch scheme.

He initially left quietly but then tried to sneak back inside.

When spoken to by police in a neighbouring alleyway, he became aggressive and abusive, and refused to calm down, said the prosecution. He also refused to leave after being served with an “exclusion notice.”

When PC Andrew Murdoch tried to arrest Cook, he struggled so much that it took four officers and two civilians to subdue him. Cook claimed that the officers jumped on him for no reason.

Judge Hudson said she and her colleagues preferred the evidence of the prosecution witnesses. She described PC Murdoch and his colleague Sergeant Stephen Brown as reliable witnesses.

“Mr Cook’s evidence was not helpful,” she said. “He refused frequently to answer questions.”

Cook, who had drunk six or seven pints of Guinness, lost control, according to both police and civilian witnesses. “He completely lost his temper, and started being abusive towards the officers,” said the judge.

It was obvious he did not like police officers.

The judge continued: “He made a beeline for a female officer and appeared to be trying to spit at her. Witnesses said officers were not being harsh, but simply asking him to calm down.”

PC Murdoch’s decision to arrest Cook was plainly reasonable, said the judge. The force used to restrain Cook, who suffered a burst lip, was not excessive, and it was necessary to ensure safety.