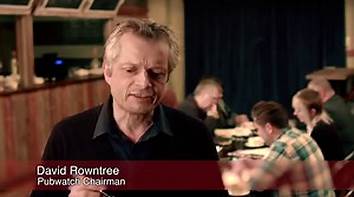 In preparation for the launch of the Government’s new Modern Crime Strategy (expected to be released later this month) National Pubwatch was pleased to preview their new film with civil servants in the Home Office Alcohol, Drugs, ASB and Safeguarding teams.

The new film, which has been titled ‘The Meeting’, provides new and existing schemes with a source of good practice advice on the mechanics of running a Pubwatch scheme. Professional actors play the role of various characters on a fictional Pubwatch committee, as they debate and find solutions to common problems facing their members.

Local Pubwatch schemes are well placed to contribute to the government aim to reduce alcohol related violence, and that they offer a sustainable and effective partnership model. There are already many hundreds of local Pubwatch schemes across the UK, actively challenging the type of people intent on committing crime and anti-social behaviour in pubs and clubs.

Speaking at last month’s 13th National Pubwatch Conference, Chief Constable David Crompton praised the work of National Pubwatch and local Pubwatch schemes and stated that in his opinion they had been responsible for saving lives in the night time economy.

Steve Baker Chair of National Pubwatch said “This has been an interesting project for National Pubwatch. The film provides the key information for anyone contemplating the setting up of a new scheme and is an accessible and informative resource which will complement our existing good practice guide”.

“Pubwatch is a tried and tested partnership that can make a real difference to community safety and a reduction in crime, not just in member’s pubs but in the wider area”.

National Pubwatch is a voluntary, not for profit organisation which was established in 1997 with the aim of creating safer drinking environments. Over nearly 20 years National Pubwatch has been successfully supporting local Pubwatch schemes in their efforts to reduce crime and disorder and build effective partnerships with other stakeholders.

The film was produced for National Pubwatch by Mini Mammoth films and was filmed entirely at the George IV pub (Fuller Smith & Turner) in Chiswick High Road, London. A number of the actors were able to utilise their personal experience of working in the pub trade to give a realistic portrayal of how Pubwatch schemes function.