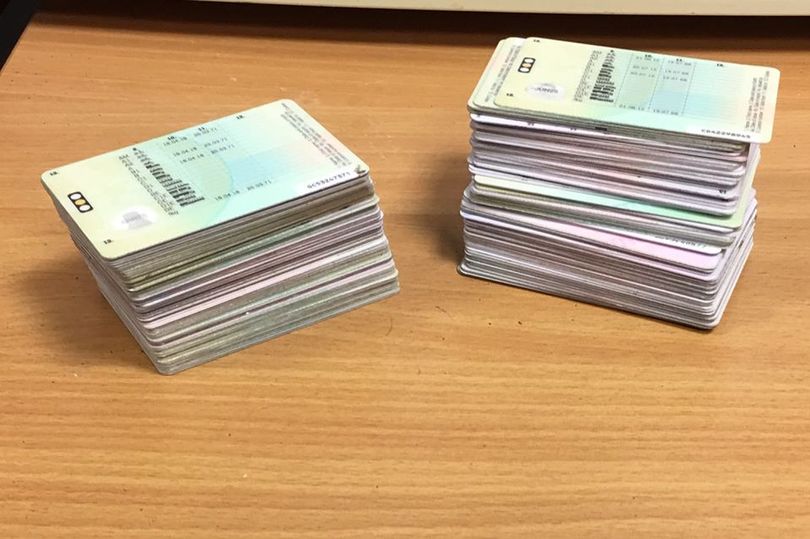 Staff at bars and nightclubs in Midlothian handed hundreds of fake IDs to police in the last year.

Officers are warning anyone purchasing or carrying forged driving licenses “not to waste their time”, adding that they are actually committing a criminal offence.

They say that although the standard varies, these fakes tend to be easy for bar staff and police to recognise.

Midlothian Police took to social media on Monday to issue a warning to those who possess them.

They posted: “Police in Midlothian would like to highlight that they have been handed hundreds of fake driving licences in the past year by staff from several licensed premises. These are purchased online and can cost in excess of £60.”

“The standard varies but they are easily recognisable to staff and police.”

“We would urge anyone considering purchasing one, to not waste their money as the item will be retained by staff and passed onto the police.”

They added: “Local Area Commander Chief Inspector Arron Clinkscales would also like to remind people purchasing such items that it is a criminal offence under the Identity Document Act 2010 to possess such an item. It is also an offence under the Licensing Scotland Act 2005 for a child to purchase alcohol.”

NPW Editor comment: One of the main reasons given for some venues refusing to allow people to use the Proof of Age Standard Scheme (PASS) card as a form of ID is that there are too many fake cards around and that they will only accept Driving Licenses and Passports.

Its interesting to note therefore that this story from Midlothian Police shows that fake Driving Licenses are widely available!

NPW supports PASS. It is an industry accepted form of ID and features in the Challenge 21/25 initiative. If staff correctly follow the 5 step checking procedure, then you should be assured that you have shown due diligence in the sale of alcohol.

Lets also not forget that not everyone drives a car or travels abroad on holiday; so your potential customer may not possess a Driving License or Passport. And if they do, should we really expect customers to risk losing a valuable document on a night out, just so we can have a false sense of security?

For more information on the 5 step checking process and to download for your security staff visit www.pass-scheme.org.uk