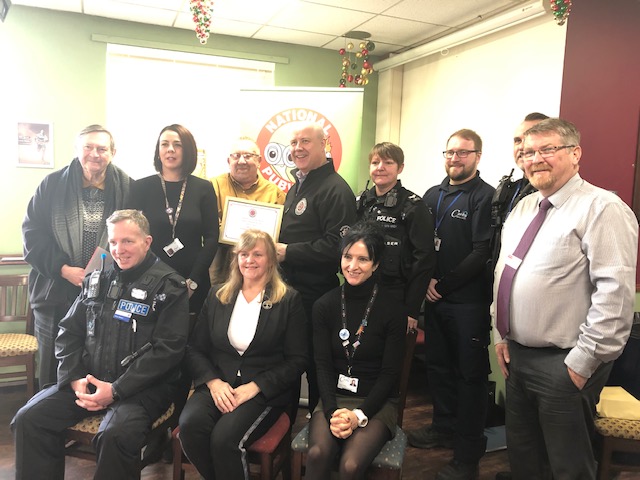 The Safer Night scheme will provide pub goers with information on how to keep themselves safe and reduce the risk of being a victim of crime or anti-social behaviour. This project was developed in response to community concerns around the amount of anti-social behaviour affecting residents living in the Corby Old Village area.

The scheme includes a safety goodie bag for customers, while licensed premises across the borough will receive new beermats and bar runners promoting the Ask for Angela initiative.

Corby Pubwatch was successful in obtaining funding from the Police Fire and Crime Commissioner Office. Mick Willey Corby Pubwatch Chair said:  “With the funding we have been awarded from the Safer Northamptonshire Fund, we will through prevention, caring, informing and education, hopefully reduce the chances of people becoming vulnerable; or recognise those that are vulnerable and assist them at the time, or in some cases point them in a direction where they can seek help.”

CBC Lead member for Housing & Neighbourhood Services Bob Eyles said:  “I’m aware this project has materialised as a result of some great partnership working between Corby Borough Council, licensed premises, Pubwatch, the Old Village community and the Policing team. Anything that helps to ensure both residents and visitors to Corby have a safe night out is extremely positive.”

PC Chris Vickers of the Corby Neighbourhood Policing Team said: “Corby NPT have been working closely with our partners for a number of years. This project culminates our goal for a safer night out in Corby, particularly over the festive period. These initiatives will promote protecing people from harm and having the confidence to report any issues.”