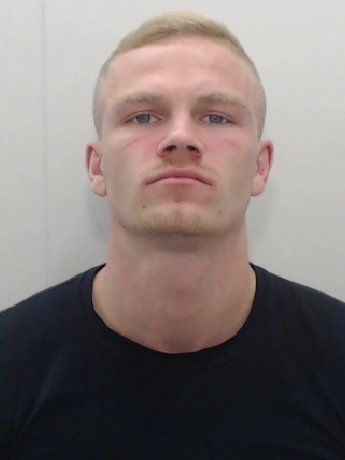 A man who attacked a doorman with a knife has been jailed.

Lawrence Lowrey (10/03/89) of Moston Lane in Manchester pleaded guilty to a section 18 assault, a section 47 assault and possession of a bladed article at an earlier hearing at Manchester Crown Court, Crown Square.

Today, Monday 2nd November 2015, he was sentenced to seven years in prison.

Shortly after 11pm on Saturday 13 September 2015 Lowrey was outside Lola’s bar on Tariff Street in Manchester city centre when he became involved in an altercation with a group of people.

The two doormen for the bar tried to intervene but Lowrey punched one of them in the head, before stabbing the other man numerous times in the face with a knife and fleeing the scene. The man who was stabbed was taken to hospital where he was treated for a severed artery in his cheek.

Lowrey was arrested on 5th February 2015 for section 18 assault.

Detective Sergeant Mark Astbury of GMP’s City Centre team said: "This was a violent and unprovoked attack on a doorman who was just doing his job. The victim has been permanently scarred by this assault and it is fortunate that the victim’s injury was not life-threatening.

"We will not tolerate people who carry knives and bring them into our city centre and I hope todays sentence acts as a deterrent to anyone who considers carrying a knife in future."