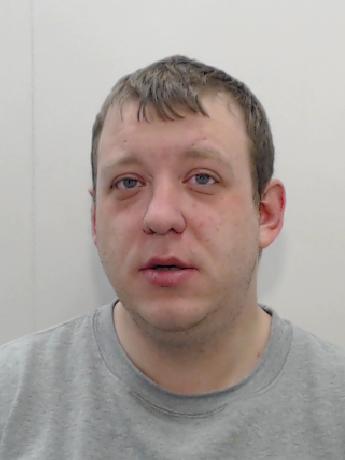 A man who punched and killed a fellow party-goer over an altercation about a spilled drink has been jailed for manslaughter. Brett Gleeson (born 23/10/1983) of Drake Street, Rochdale, pleaded guilty to manslaughter at Manchester Crown Court.

Today 18th January 2016, he was jailed for six years with a further five years on license following his release. Iftikhar Ahmed (born 25/07/1976) of Knowsley Street, Rochdale, pleaded guilty to Assisting an Offender and was sentenced to eight months in prison.

Mathew Horridge (born 14/04/1987) of Eafield Road, Rochdale, pleaded Guilty to attempting to pervert the Court of Justice and was sentenced to 12 months in prison.

Gleeson admitted to attacking the victim, 28-year-old Adam Nightingale, following a party at the Mucky Duck Pub, Drake Street, on 24 March 2015. Earlier in the evening, Adam had been drinking in the Bay Horse Pub and had met a woman who accompanied him to the party at the Mucky Duck. In the early hours of 25 March, that woman got into an argument with Gleeson’s friend Iftikar Ahmed, an argument which escalated to include other members of the party.

In CCTV footage seized from the bar, Gleeson can be seen being restrained by his girlfriend as he tried to launch into an attack on Adam, who was attempting to protect the woman he had met earlier in the evening. At one stage Gleeson grabbed a glass to use as a weapon, but this was taken from him by his girlfriend. In an attempt to calm the argument down, the pub owner asked Adam to leave, which he did without fuss or argument.

He walked down the road towards a nearby taxi, but was followed out of the pub by Gleeson. As Adam was talking to the taxi driver Gleeson launched into an attack, punching him hard to the head with a single blow. Adam immediately collapsed and was left unconscious on the pavement. Sadly, Adam never regained consciousness and he died in hospital a few hours later.

Gleeson returned to the bar, and when police arrived both he and Ahmed swapped clothing in a bid to try and mislead them. Mathew Horridge then gave a false account of what had happened to the Police.

Senior Investigating Officer Duncan Thorpe said: “This is another tragic case where one instance of violence has killed someone. Adam did not do anything to provoke the attack; in fact he was clearly trying to calm things down. Brett Gleeson totally over reacted to the incident. He followed Adam out of the pub and punched him in the head. If we should learn anything from Adam’s tragic death it is that even the smallest violent outburst or action has the ability to destroy lives. “Think about what you are doing and not only might you save the life of another, but your own as well.”