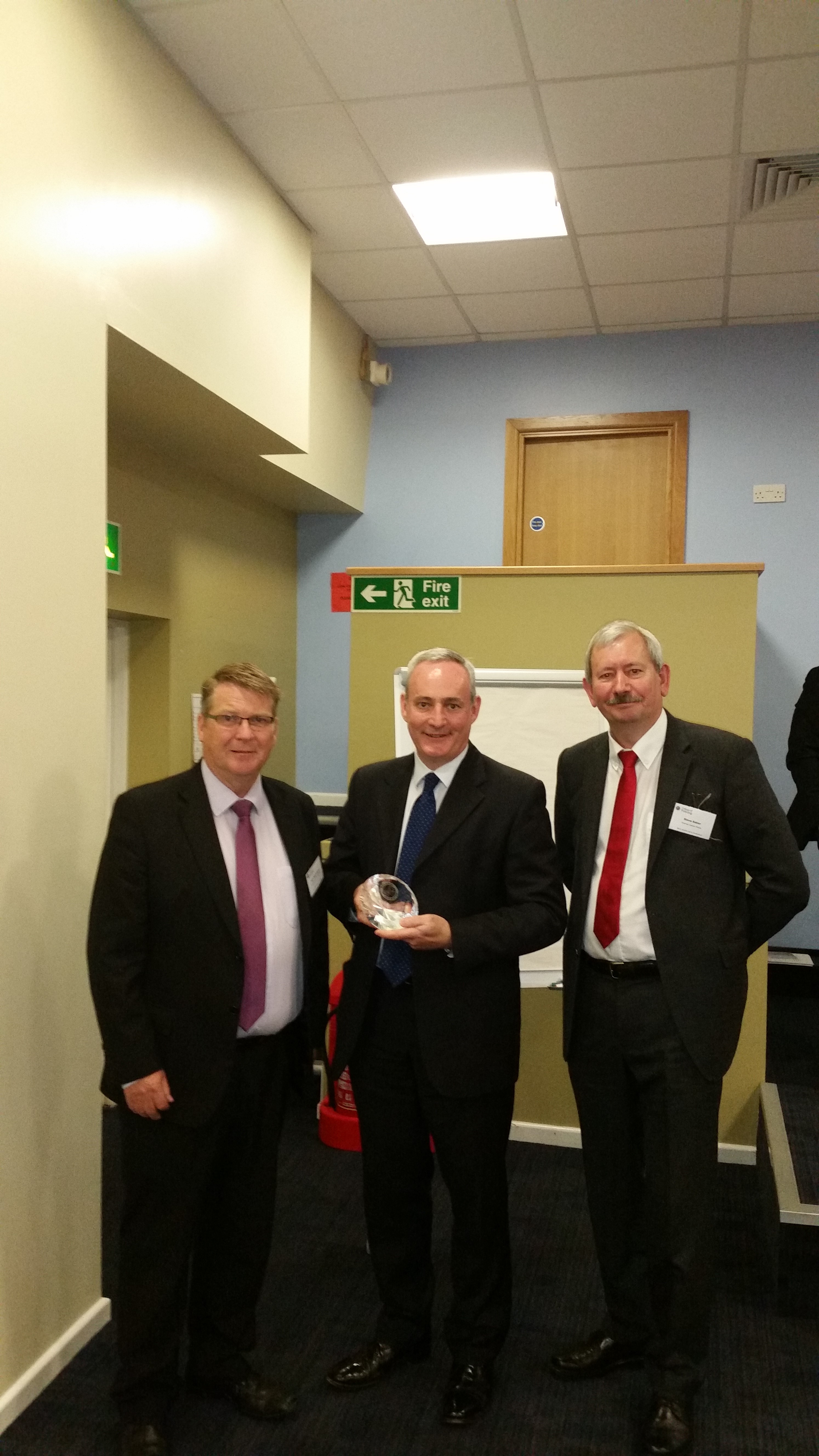 Adrian Lee, the Chief Constable of Northamptonshire Police and national policing lead for Alcohol Harm has announced he is to retire in July 2015 having completed 30 years service.

On Wednesday 13 May 2015, National Pubwatch Chair Steve Baker and NPW Committee member Mark Worthington presented Adrian with a special NPW Award at the ACPO Alcohol Harm Conference which was held at the College of Policing in Ryton-on-Dunsmore, nr Coventry. Adrian Lee has been a regular speaker at the NPW annual conferences and Steve acknowledged the generous support and encouragement given to NPW during his tenure. Whilst on occasions he has been a critical and challenging voice to perceived excesses in the pub and hospitality sector he has always been quick to recognise good practice and has provided practical support and guidance, not just to NPW but other best practice schemes.

In accepting the award Adrian warmly congratulated NPW for its contribution to creating safer drinking environments and promised to fully brief his successor on the merits of continuing to support and promote the work of Pubwatch at a national and local level.