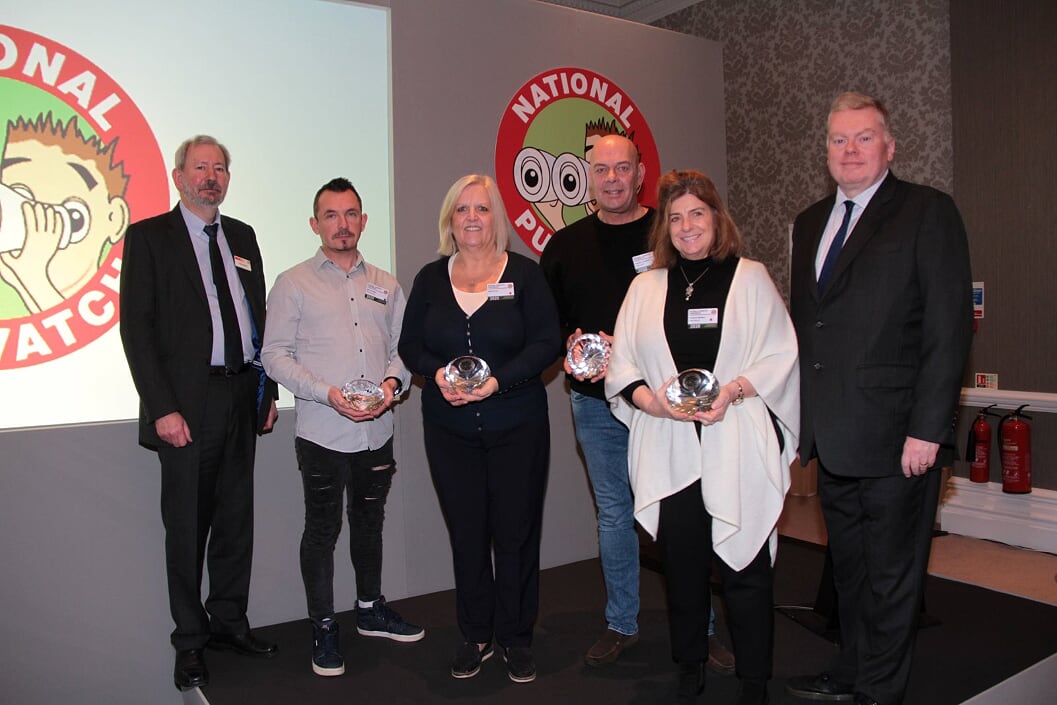 Four worthy recipients of NPW Awards were recognised at the 17th annual conference, held at the Jurys Inn, Cardiff. The winners were:

Amanda is the Managing Director of Chapel Night Club and the Chairperson of Salisbury Pubwatch. She was nominated for the award, not only for her sterling work in leading the Pubwatch scheme but also her work to ensure that the evening and night-time economy has been represented and supported in all city activities.

Kate is a Crime Prevention Officer with Northamptonshire Police. She was nominated for her work in supporting the Northampton Pubwatch scheme since its launch in 2001 and her work on many Pubwatch related initiatives to improve community safety.

Grayson is the Head Door Supervisor of the Thekla Night Club in Bristol. He was presented with the award for his determined efforts to save the life of a woman who had deliberately jumped into the harbour and refused to leave the water.

Barry is the Head Door Supervisor of the Sir Henry Tate, Chorley. He was presented with the award for his quick action in administering CPR to a rough sleeper who had collapsed near to the venue.

Full citations can be viewed on the relevant NPW award pages.