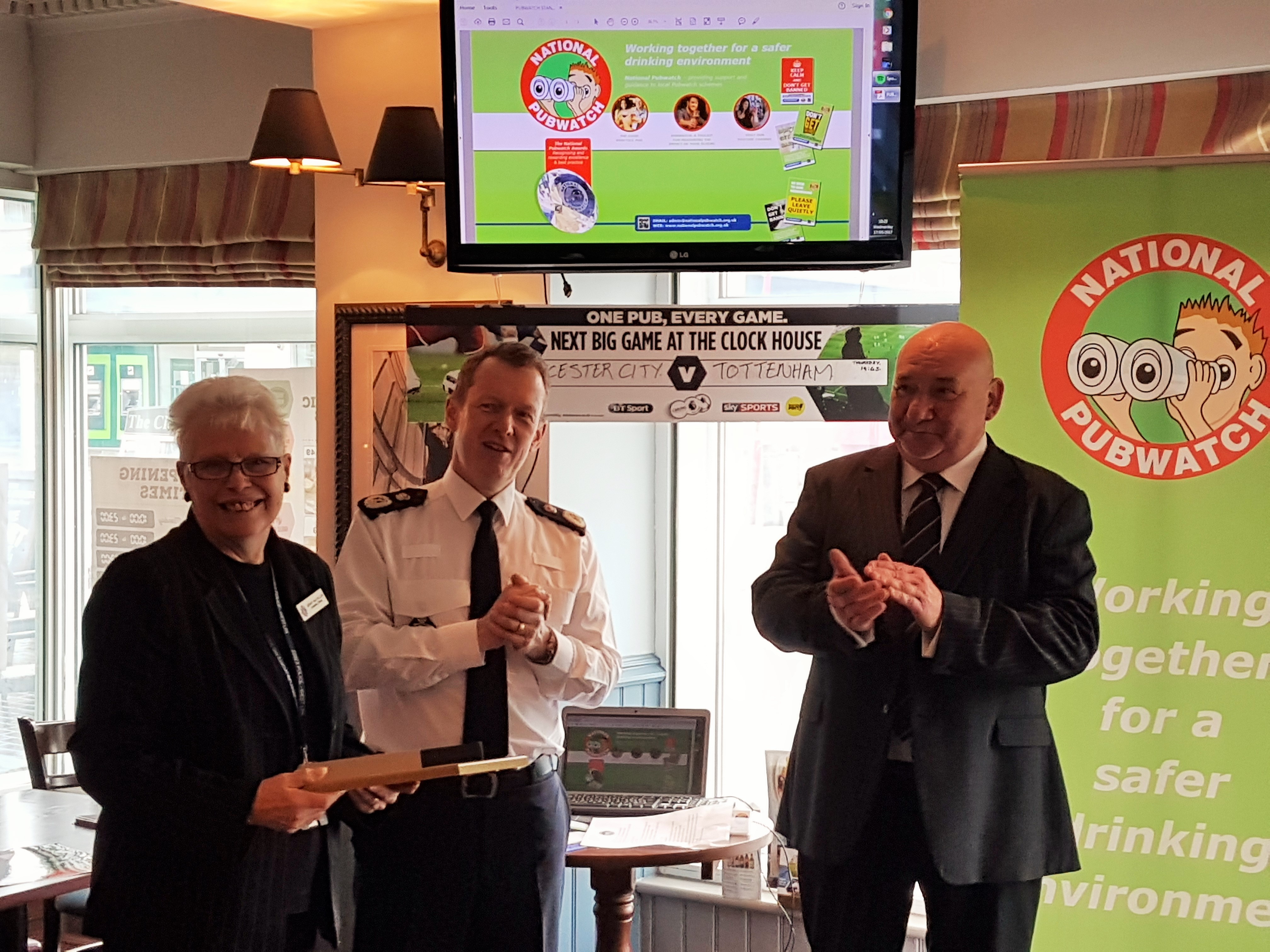 The exceptional partnership working of three police staff was recognised over the course of a few days when they were presented with the first National Pubwatch Star Awards of 2017.

The Star Awards are being presented to mark the 20th anniversary of National Pubwatch and highlight the important work being carried out by many people who have provided an outstanding contribution to the success of their local Pubwatch schemes.

The first award was presented to Essex Police Licensing Officer Jenny McCallum on 17th May 2017 by Chief Constable Stephen Cavanagh and National Pubwatch Regional Representative Steve Evans for the outstanding dedication and social responsibility she has given to the Harlow Pubwatch Scheme over the past 17 years.

Chief Constable Stephen Kavanagh said: “I don’t make a habit of going to the pub at 10 in the morning but it was the right place to honour the fantastic work Jenny has done! Alcohol-related crime has a big impact on our communities and Jenny’s work over the last 17 years has made Harlow safer. I am delighted for Jenny and this award is testament to her dedication and hard work with local partners.”

National Pubwatch Representative Steve Evans added: “I can’t think of anyone more deserving of this award. Jenny is a well-respected Officer, whose work ethic and commitment to the community is second to none”.

A surprised Jenny said: “Thank you so, so much, this is truly a great honour to receive this Award, I am absolutely ‘gob smacked’ – what a sneaky bunch you all are.  What a super surprise I really and truly had no idea; I thought it was a walk around the Town Centre with the Chief Constable and my Community Policing Team.   Wow what a morning.   Thanks also to my two Pub watches who supported this Award.   I really am only doing my job which I love and am there to support them all.   Thank you again, I am still on cloud nine”

The presentation took place at The Clock House in Harlow Town Centre hosted by Stonegate Pub Company who own and operate over 500 premises in the UK. Steve Evans added “I would like to thank the Stonegate Company who are one of the major supporters and sponsors of National Pubwatch, showing their on-going commitment to responsible drinking.” 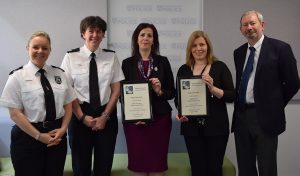 The second presentation was made on 22 May 2017 by ACC Nikki Ross and National Pubwatch Chairman Steve Baker to Diane Brown and Debie Pearmain with National Pubwatch ‘Star Awards’ for the outstanding commitment and support they have given to their local Pubwatch schemes over many years.

The presentations took place at the Thames Valley Police Headquarters in Kidlington, Oxfordshire.

Steve Baker said “The success of any local Pubwatch depends on the level of support given to them by other stakeholders, particularly that of the police. Diane and Debie have demonstrated a very strong commitment to their local schemes over many years. I am very pleased to be able to nominate them for these awards; they are great ambassadors for Thames Valley Police. The work they do makes a significant contribution to the reduction of crime and anti-social behaviour in the night time economy.

In presenting the awards ACC Nikki Ross said “This is a great opportunity for me to recognise the great work carried out by our teams supporting Pubwatch and therefore ensuring that pubs and clubs remain safe and secure places to go.  A voluntary scheme which operates nationally; but relies on support from a variety of partners including the police. The award recognises the contributions of individuals which go above and beyond expectations.  My thanks go to all who support this great scheme and especially to the recipients of this award.”

Diane said “I am delighted to receive this award. Members of the Aylesbury Pub Watch work hard to ensure that their staff and customers can work and socialise in a safe and friendly environment. I hope that my role plays a part in helping them to achieve this.”

Debie said “I enjoy working with the trade and believe that attending the pub watch meetings is crucial to the reduction of the violent crime in the Town’s. I have built up very strong working relationships with the licensee’s, Area managers and door staff, in both of my areas and believe that by working together we can and do make a difference to the NTE violence and anti-social behaviour.