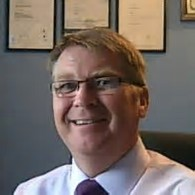 Mark Worthington has been on the National Pubwatch committee since 2005 but has been involved in his local Northampton Pubwatch scheme since 2001 and he is one of our Regional Representatives in the East Midlands.

Currently he is the Licensing & Nightsafe Sergeant for Northamptonshire Police. He started his career in The Metropolitan Police and transferred to Northampton in 1988. His career has been varied working as a general patrol officer and also a detective. He has been involved in the licensing world since 1996. He was instrumental in setting up Northampton Pubwatch in 2001. He developed a set of protocols which then allowed the sharing of Police photographs with associated Professional Indemnity Insurance to be secured for Northampton Pubwatch. These protocols now form the basis of National Pubwatch documentation.

Mark has been a staunch supporter of Pubwatch throughout the last 13 years and had also developed and supported watches across Northamptonshire and beyond. He seeks out best practice and looks to share it across the schemes he visits. Mark can recognise the sometimes different views of the licensed trade and regulators and has often mediated where differences of opinion could not be resolved.

He has been involved in a number of initiatives to improve standards with the Night Time Economy and to reduce crime and disorder and violence associated with licensed premises. He introduced Polycarbonate glassware to Northampton with support of the local trade via Pubwatch, on a need to have basis as opposed to a blanket ban on glass. He has presented at National Conferences on this issue and continues to lobby for a more proactive approach to Polycarbonate drinking vessels and plastic bottles within high risk town and city centre venues. He is the local Best Bar None coordinator in Northampton, now in its 4th successful year and spreading to other county towns.

Mark regularly attends NPW meetings and heads up the Annual Conference sub-group. He also is involved in the development of new promotional materials and posters.

Mark is due to retire from the Police in August 2014 having reached 30 years service. He is looking to continue working within the licensed trade sector and will continue to maintain his links with National Pubwatch.