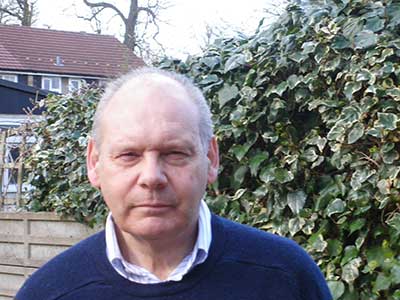 Paul is one of the two Regional Representatives for the London area and regularly advises and visits Watch schemes. He also fulfils a secretarial role for the NPW Committee; edits our bi-monthly newsletter and provides support to the conference sub-committee .

Paul was a member of the Metropolitan Police Service for 36 years, retiring in 2002. He has been a member of the National Pubwatch Committee since 1998, initially as a serving Police officer .

He was a licensing inspector for several years working in a busy inner London borough. During the final third of his service he worked in policy departments at New Scotland Yard – Youth Affairs, Community Safety and Partnership and the Drugs Directorate. Within the Drugs Directorate he led on Education and Prevention; liaising with schools and other educational establishments, local authorities, parents groups and businesses, including the licensing profession.

He travelled widely both within the UK and abroad representing the Met and the Association of Chief Police Officers; sharing ideas and good practice; delivering presentations and facilitating Workshops. In this capacity he was the police representative of the Advisory Council on the Misuse of Drugs Prevention Working Group.

He was also the police member contributing to the British Institute of Innkeeping Working Groups first Handbook for the Licensees National Drugs Certificate and has written articles for police, specialist and Government publications.

With the gradual increase in the reporting of illegal drugs in licensed premises, Paul was invited to become a member of National Pubwatch. On leaving the police service he set up a private consultancy on drug education, training, prevention and awareness where he advised several schools, colleges, a university and some parent groups on their drug policies and assisted local authorities on how to deal with drug-related incidents.

He also held the post of Safer Clubs and Pubs Officer for eighteen months in Hackney, East London, working with the local Watches, police and local authority. During this time he also helped create a Club Watch comprising several premises that faced particular problems with gun crime. In addition he facilitated a Workshop in Finland and ran a training week for police officers in the United Arab Emirates. More recently he has diversified but still works with the education sector.