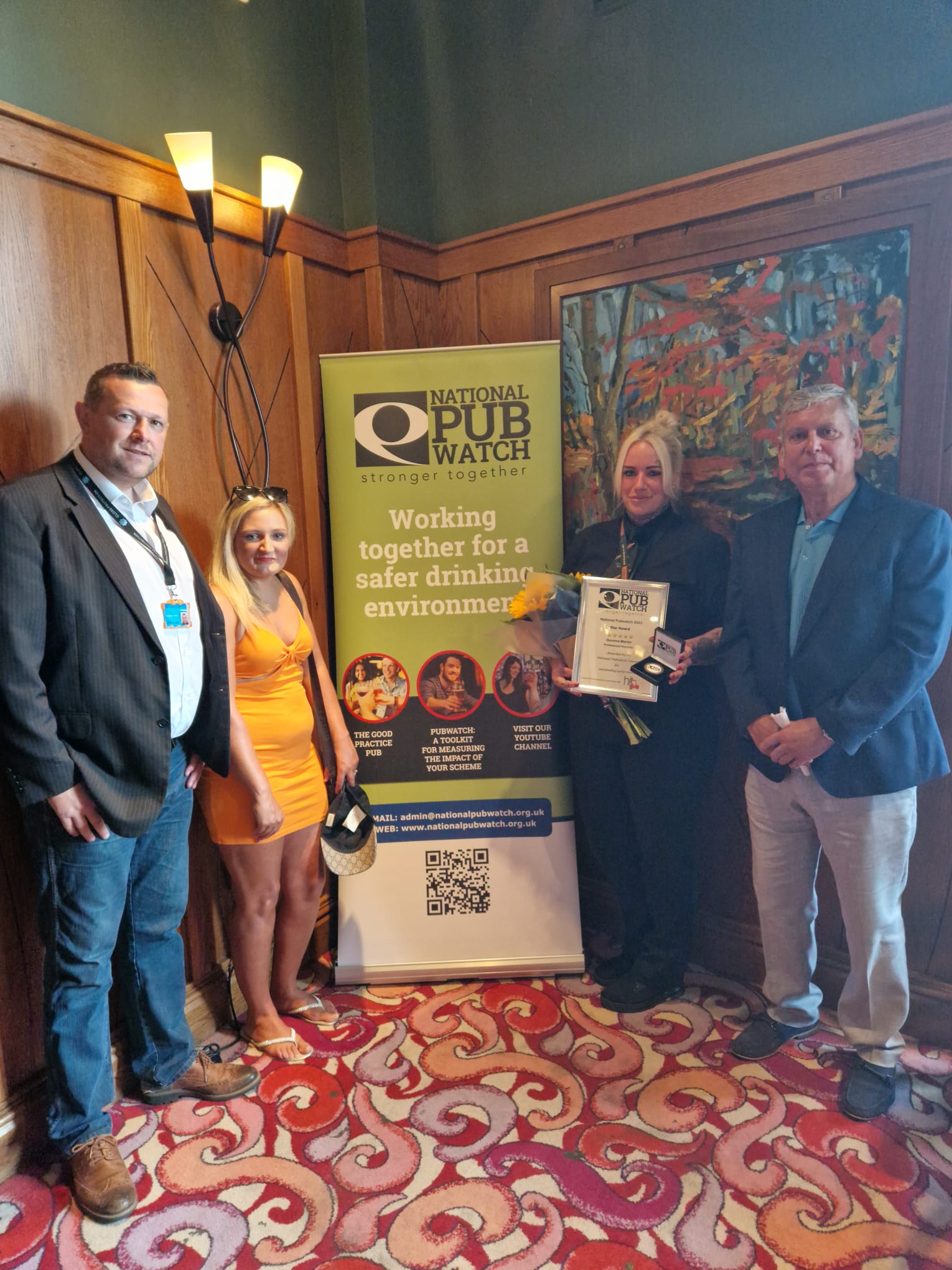 Jack Woodley was attacked by a gang of 10 teenagers and fatally stabbed on his way from a fun fair. The murder received huge media attention.

On 18 April 2002 whilst the investigation of the 10 teenagers was progressing through the legal system, Zoe was out in Durham with a friend, when she was subjected to derogatory comments concerning her son.  Zoe was already in a dark place and this behaviour exacerbated her mood so much that she wanted to end her own life.

Gemma stepped into the situation and offered empathy and comfort, working way beyond her normal shift and subsequently days after, forging what is now a genuine friendship.

Zoe wrote to Professional Security bosses stating that Gemma was a credit to the company, she had turned to drink and medication to ease the emotional pain and wanted to end her life caused by the trauma of her son’s death.

She went on to say “not only did she do her job she restored my faith in humanity”.

The presentation of the award was made at the Bishops Mill PH, a JD Wetherspoon outlet where Gemma worked, she also works at premises in Sunderland and Newcastle.

The NPW Star Award is sponsored by HIT Training www.hittraining.co.uk

On 1st June this year TEN teenagers were convicted at Newcastle Crown Court for the murder of Zoe’s son Jack Woodley. The 10 teenagers are awaiting sentence.