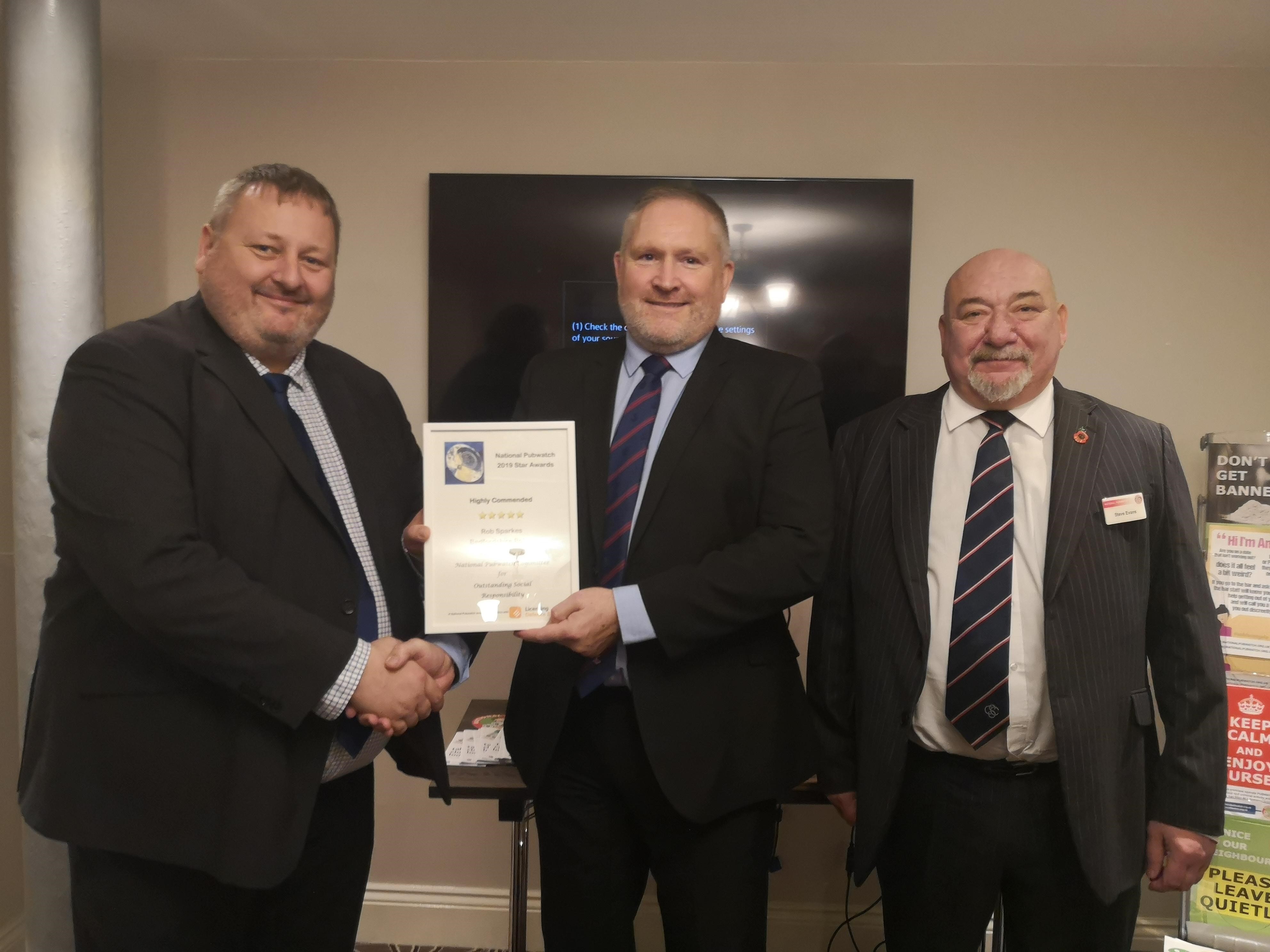 23/10/2019: A Bedfordshire Police officer has been awarded the first National Pubwatch (NPW) ‘Star Award’ in the county.

Thanks to a project conceived by PC Rob Sparkes; offenders who have assaulted or abused people working in the night time economy, such as taxi Marshall’s and door staff working in take-aways, now face the prospect of being banned by the licensee run Bedsafe scheme.

Rob was joined by his family at a private ceremony in Bedford yesterday (Wednesday), and was presented his certificate by Chief Constable Garry Forsyth and the regional representative for the National Pubwatch, Steve Evans. PC Sparkes was recognised for his sterling service and outstanding contribution to the success of the Bedford Pubwatch scheme.

PC Sparkes said: “I am proud to have received this award; it was very much a team effort and I would like to thank my BedSafe colleagues for supporting the initiative.

“I would also like to thank the force and the Police and Crime Commissioner for their support. The initiative means that night time workers in Bedford are protected from those individuals who commit offences against them”

Chief Constable Garry Forsyth said: “I am delighted to be able to present this award to one of our officers for the tremendous work that he has done. PC Sparkes has been a member of our licensing team for a long time and has worked extremely hard to ensure that the local businesses are supported and licensed appropriately in Bedfordshire. I would like to thank PC Sparkes for all of his hard work”

Steve Evans, regional representative for the National Pubwatch scheme, said: “Rob was awarded this for his outstanding contribution to social responsibility through his work with us and Police and Crime Commissioner Kathryn Holloway.”

“Rob’s initiative means that trouble makers causing problems in a public place or assaulting emergency service workers can now be excluded from all Bedsafe Pubwatch premises. This is already having a great impact in the town centre.”

“I can’t think of anyone more deserving of this award. Rob is a well-respected officer, whose work ethic and commitment to the community is second to none.”