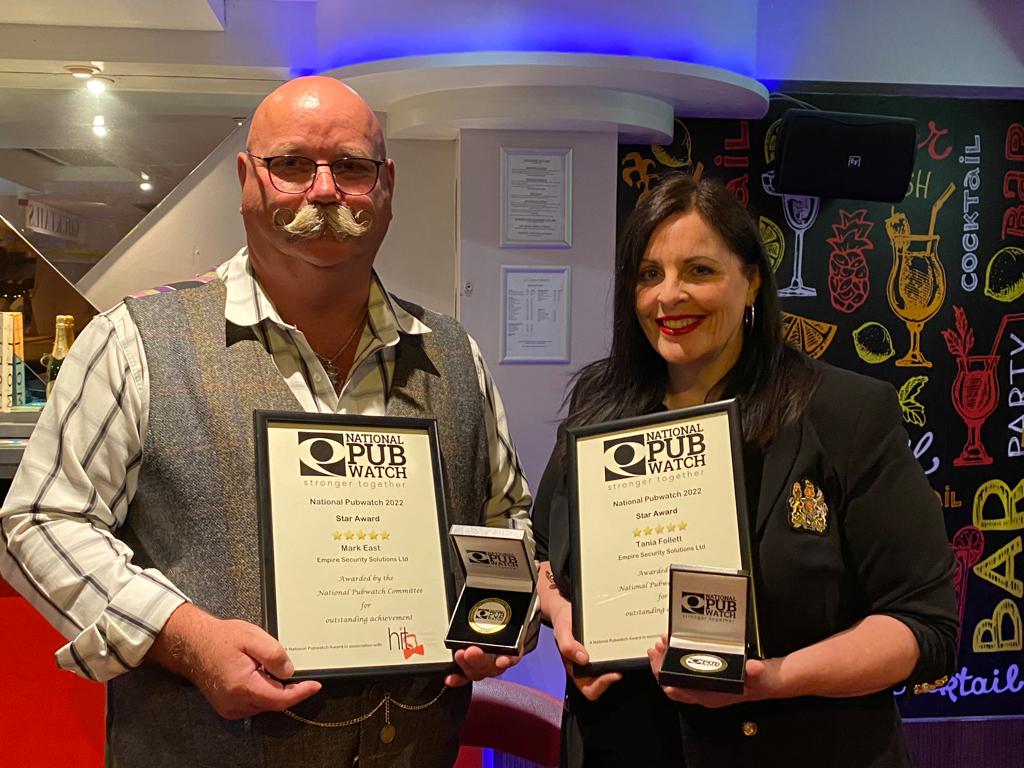 On 12/12/21, customer Laura Veale was enjoying pre-Christmas festivities at the hotels Keller Bar and Apres Nightclub when she collapsed from a medical condition, caused by an issue with her pacemaker implant. Staff reacted immediately and performed CPR on her for approximately 20 minutes, until ambulance staff attended the venue and transferred her to hospital.

Ms Veale’s pacemaker was fitted in 2017 but because of the Covid pandemic had not had a recent check-up. She said “I didn’t realise the battery had gone. Because the pacemaker did not kick in I collapsed”.

She is receiving follow up medical care from her doctors and medical staff at the Royal Berkshire Hospital and Frimley Park Hospital.

She praised the security staff’s intervention which she believes saved her life. 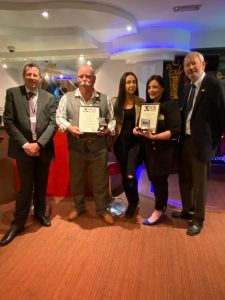 Steve Baker said: “I’m pleased to be able to present Star Awards to two very worthy recipients. Their quick and professional response undoubtably prevented a very serious incident turning into a tragedy. Their actions show that door staff are now highly trained individuals and that customer care is a priority. I am sure that the hotel is very grateful to have two such motivated employees.”

The Star Awards are sponsored by HIT Training www.hittraining.co.uk