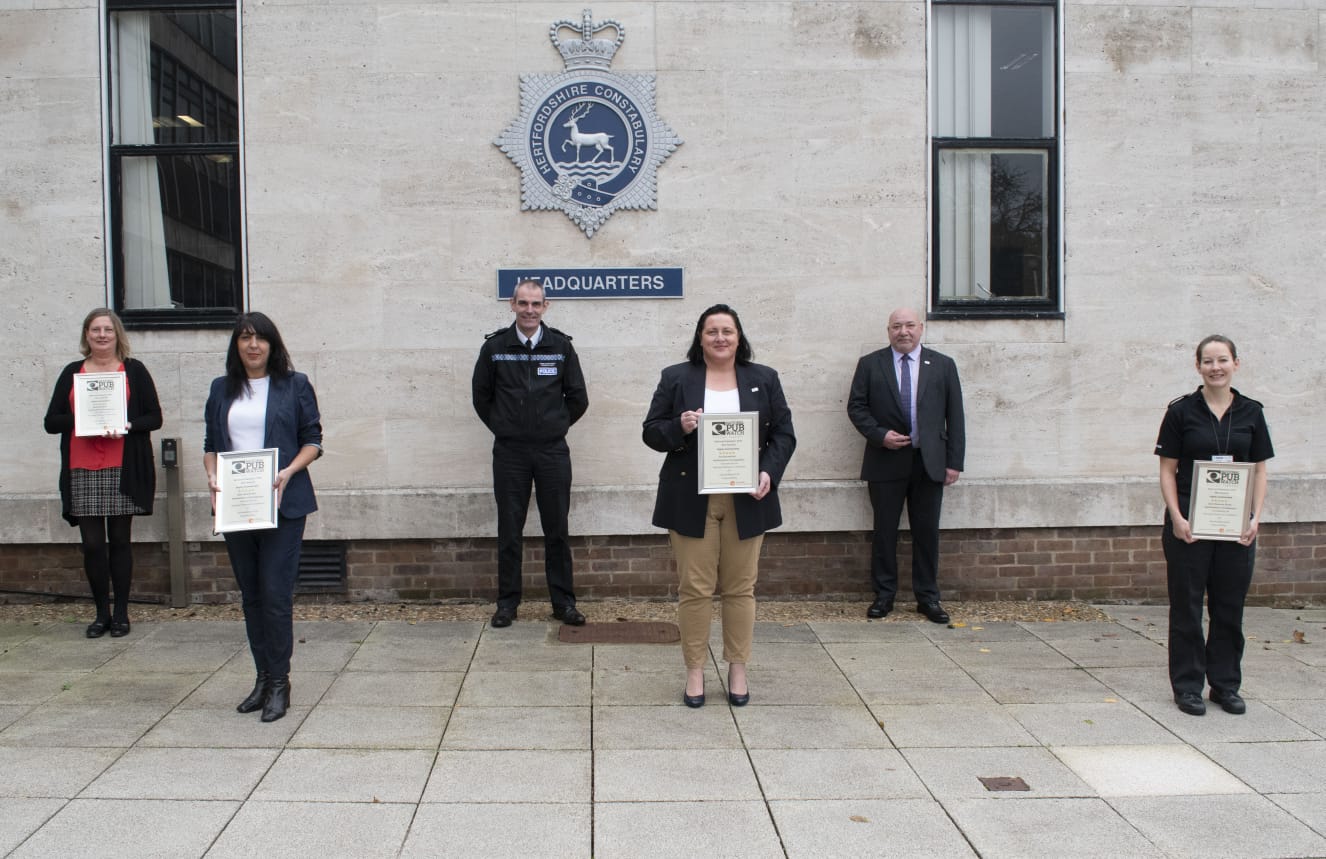 The recipients were nominated for the awards by NPW East of England regional representative Steve Evans who praised the team for their outstanding support of licensees and local Pubwatch schemes.

Steve said: “Clare has been an inspirational and respected leader and has built a strong and committed team.

At an early stage Clare engaged with NPW and I was invited to a meeting at Hertford Police Station, where Clare introduced the Team and we talked about Licensing issues and how we could help them in their work.

I particularly recall her commitment to promoting an important CSE initiative that I was pleased to support.

Steve said: “Zoe is well respected and has been remarkably supportive to the licensees in Broxbourne. It is a rural district with its own challenges. For example, I know that she has worked closely with one particular premises that had inherent issues and has supported them to help turn their business around.

Clare and I had a meeting at Cheshunt Police Station with the Premises Licence Holder and the then Manger. We came to an understanding and put in place a strict Action Plan. I have supported them and Zoe has been extremely fair but firm. We introduced strict ‘HOUSE RULES’ that apply to everyone, so no discrimination.

Despite the current pandemic issues, the business is working within the rules and surviving with a new and far stronger Manager. The owner wishes to thank Zoe and Herts Police for your support.

Nigel BUCKLEY Chair of Ware Pubwatch said: “I’ve been in the pub trade for 14 years. I have worked with a number of Pubwatch schemes. I became Chairman of Ware Pubwatch 8 years ago and we have brought in some very strict rules and bans for people who have caused problems.

Sally; Clare and the rest of the team have helped us to build a very strong Pubwatch. They have made the pubs safer drinking environments and as a consequence we have built a safer town. Sally is strict but fair and will always look to help. Her knowledge is second to none, and if she is unsure of anything, she will find it out and get back to you. She goes above and beyond.

Adam CURTIS Chair of Bishops Stortford Pubwatch said: “I’ve had the pleasure of working with Sarb on licensing for both my pub and as chairman of the pub watch scheme. Her job in the current climate is difficult, but she does it with a smile whilst always maintaining professionalism.

Sarb goes out of her way to offer guidance with all licensing issues we may have. I’m really pleased that she and the rest of the team have received this well-deserved reward.

Chief Constable Charlie Hall said: “I’m really grateful for you recognising the work of the team in this way. As we know it is one big team effort and its great to see the strength of partnership working.”