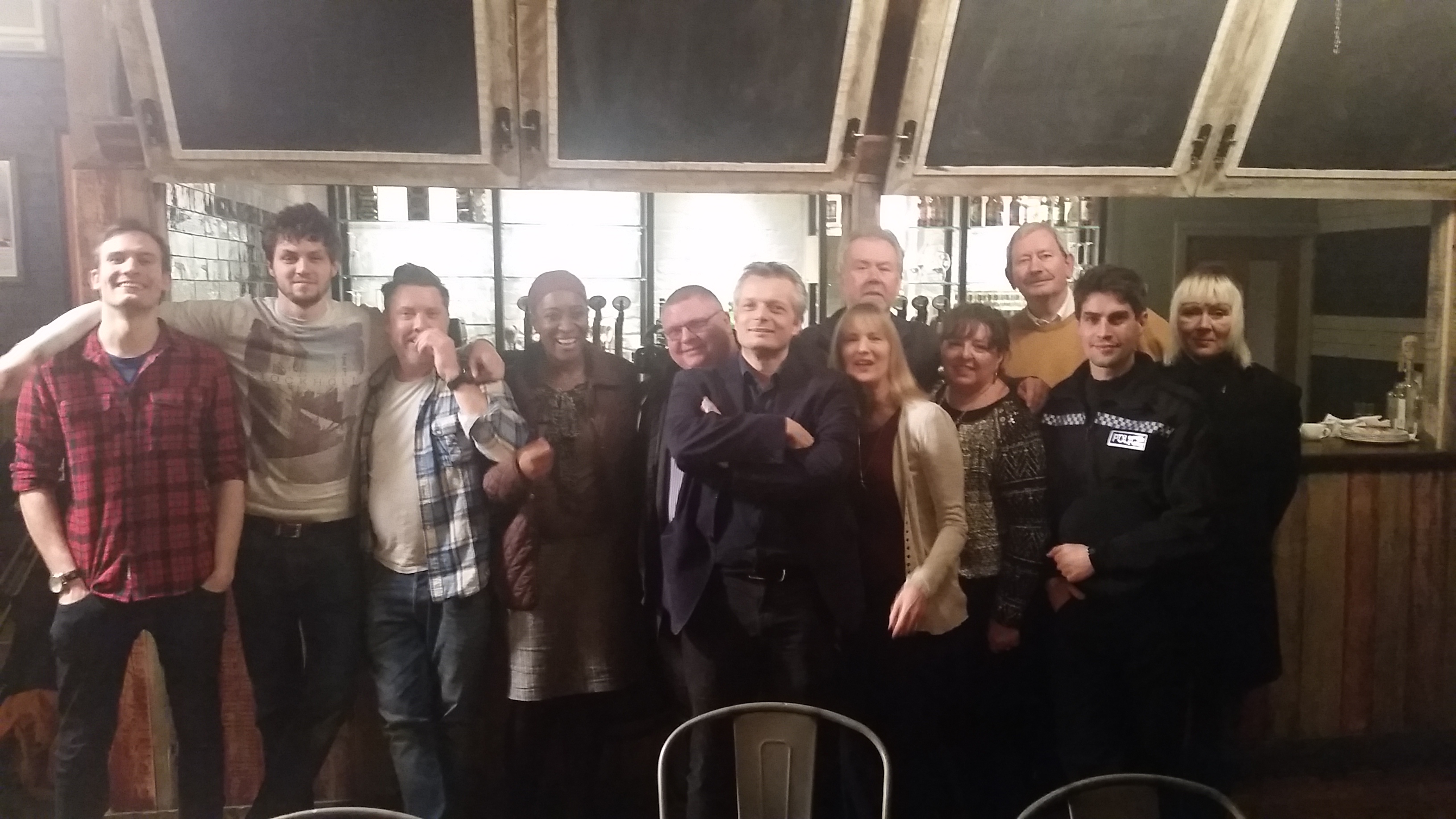 Cast and crew in good spirits after a successful days filming

Monday 25th January 2016: Actors and crew descended on the Fullers George IV pub in Chiswick High Road to start work on a new instructional film for NPW which is being produced for us by Mini Mammoth Films.

The film is intended to assist us in promoting good practice and will feature a number of fictional scenarios related to a typical Pubwatch meeting and how the members might debate and find solutions to the problems facing them.

As with all NPW products we will make the film available free to Pubwatch schemes and we hope that it will prove to be a popular and useful resource. We would like to thank Mini Mammoth Films and the professional actors for their commitment to our project and also Fullers, who kindly provided the use of the pubs function room for the days filming.