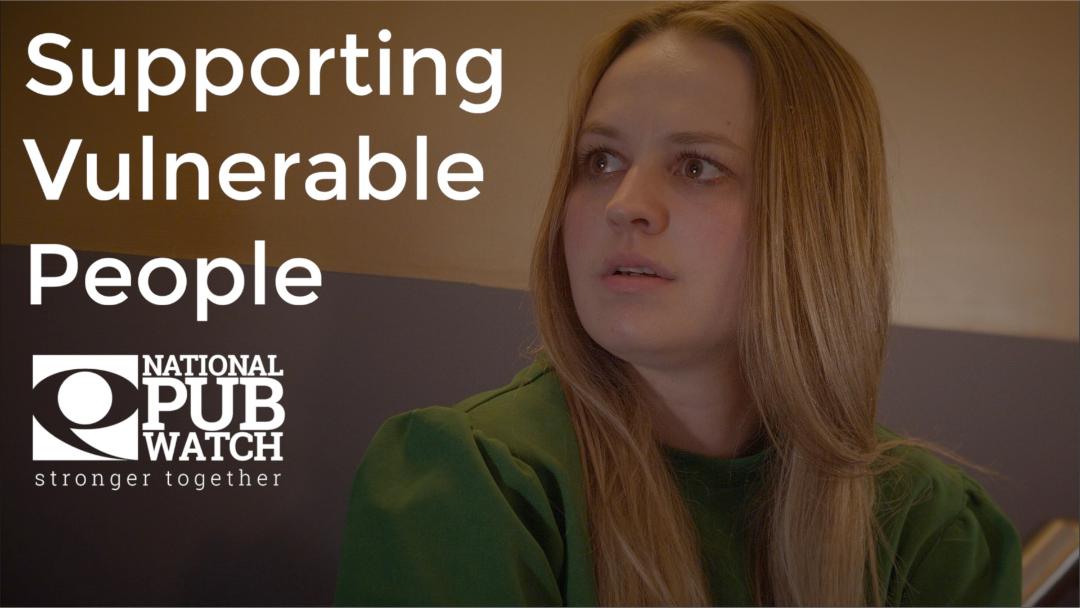 National Pubwatch has a long history of working to create safer licensed premises. We are delighted to announce the release of our latest free training film, which is related to supporting vulnerable people.

Pubwatch members will know that their reputation for running safe and secure venues, will stand or fall on how they deal with vulnerable customers. Equip your team with the skills to effectively support vulnerable people before they become an issue.

The film features a selection of common issues faced by pub and bar staff. It encourages viewers to engage in team discussions and to explore how staff might respond to the incidents. To aid this process we have included a ‘pause and countdown’ facility.

We feel that this will prove to be an important training material for Pubwatch members. The film can be viewed here.

We would like to thank Mini Mammoth Films for their professional services. We also thank the management teams from The Manor and JD Wetherspoons The Bell Hotel, Aylesbury for their generous support and use of the venues which proved invaluable in the making of the film.