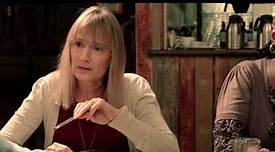 We are pleased to announce the release of our latest film titled ‘The Ban’. Followers of our YouTube films will know that a few months ago we released a  film which covered the dynamics and decision making of a typical Pubwatch Committee. We decided to take one of the banning scenarios and develop it into a full story. This new film shows  a violent incident from the perspective of the victim and how the licensee and his staff respond to the threat to their business.

This is not a real incident but we have tried to cover a number of problems which might be faced by a Pubwatch member, including how to challenge unacceptable behaviour and issues relating to the Equality Act 2010. We hope that this latest film will provide a useful reference tool for all Pubwatch schemes.

‘The Ban’ was produced for NPW by Mini Mammoth Films. Filming took place in the Niche Bar, Aylesbury and we are grateful for the assistance of the management and staff in the making of this film.