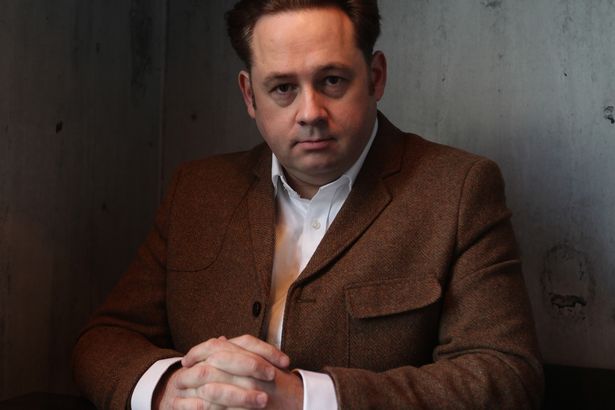 A warning about six men has gone out to doorman and pub staff after a drive by shooting in Newcastle.

It urges bouncers and bar managers to contact police if any of the six men, including Stephen Sayerss two sons, causes concern in the city centre.

Handed out as part of the Pubwatch scheme, the note allows pubs to identify individuals they may want to refuse to admit.

The warning comes after Sayers criticised detectives for linking his relatives to the drive-by shooting in June outside of Newcastles Tup Tup Palace.

Three members of the well-known Sayers family were issued with disruption notices the evening after a motorbike rider opened fired outside the club on St Nicholas Street.

The Sayers family claim this suggests they were linked to the plot, which they deny.

It has led Stephen Sayers to claim his sons are being targeted because of their surname.

The 49-year-old claimed: It is one rule for the Sayerses and another for everybody else. My lads are getting ready to enlist and fight for their Queen and country and the last thing on their minds is heading into pubs and clubs in the city centre at present.

However, to have that option taken away from them for no good reason is a liberty.

They are victims of circumstance. They are guilty of nothing more than being a Sayers.

The notice, which has been seen by The Chronicle, shows pictures of six men and reads: The above persons have been involved in recent incidents in the city centre.

If you have any concerns over the above persons or an incident happens that causes you concerns, contact Northumbria Police.

Newcastle City Pubwatch chairman Damian Conway said: Its advisory information to pub managers and door staff. We have got to stick together against people who cause harm to the city centre.

We employ 7,000 people in the city centre and if the night-time economy suffers it can cause us harm.

We have got to do everything we can to make sure its safe.

A Northumbria Police spokeswoman said: As part of our assistance to, and facilitation of, the Pubwatch scheme run by the licensed premises in Newcastle city centre, we provide information and photographs of persons who have been involved in incidents in or around licensed premises.

The information and photographs are provided under an information sharing agreement and should only be viewed by those persons deemed to have a legitimate interest, for example owners and staff in licensed premises tasked with safeguarding the public.

This allows Pubwatch members to identify those persons they may wish to refuse entry or take any other measures to prevent crime and disorder within their premises.

Mr Conway said changes were made to policing and advisory notices were sent out following the shooting.

A 24-year-old doorman  a member of the Phoenix Security team  was shot outside the club on Saturday at around 10.45pm.

Witnesses described seeing a motorbike rider pull up outside the club and fire.

Officers probing the shooting arrested a 26-year-old on suspicion of attempted murder, but he has since been released on bail.