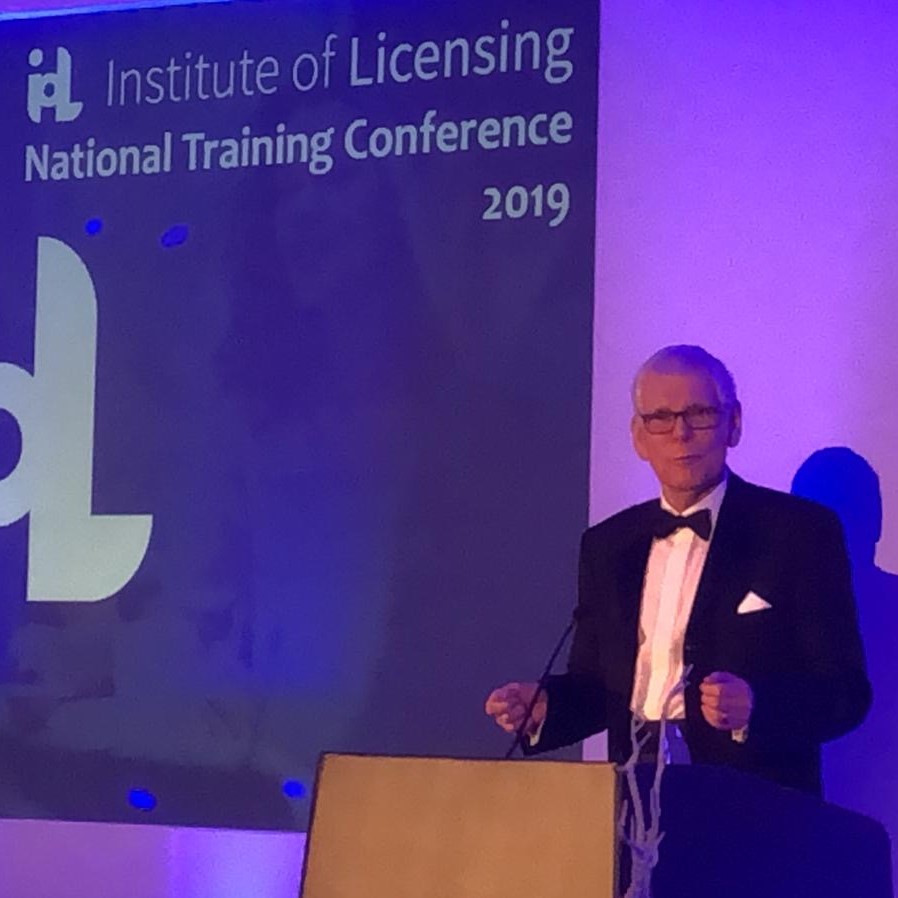 21/11/19: The Institute of Licensing announced that David Lucas is the winner of the 2019 Jeremy Allen Award for excellence in licensing.

David has for many years given sterling service to Nottingham City Pubwatch and the scheme was recently awarded the National Pubwatch Award. We were very pleased to support his nomination for the Jeremy Allen Award.

David Lucas has an extensive career within the licensing industry. He has been a partner at a number of firms, most recently at Fraser Brown, which he joined in 2005 and at which he held the role of Head of Licensing. His outstanding knowledge and talent and his professional, honourable and ever-positive approach have earned him a deservedly excellent reputation within the industry.

David’s nomination was primarily the personal time and energy he has given to so generously to so many throughout his career, including:

Institute of Licensing Chairman, Daniel Davies said:
“It is an absolute pleasure to confirm David Lucas as winner of the Jeremy Allen award this year. His nomination is richly deserved and well supported by a staggering number of endorsements. David gives so much time to so many organisations and has been instrumental in establishing some excellent partnership initiatives which he continues to support. He has served the IoL with distinction as Chairman and Director of the East Midlands region since 2008 and continues to do so to our great benefit’.

Jonathan Smith from Poppleston Allen said:
“David has made a significant contribution to the licensing profession during his highly successful career. This is not, however, limited to advising clients but also covers his tireless work with bodies such as the BII, IoL, Best Bar None and Pubwatch; all of which have helped progress the profession of licensing.