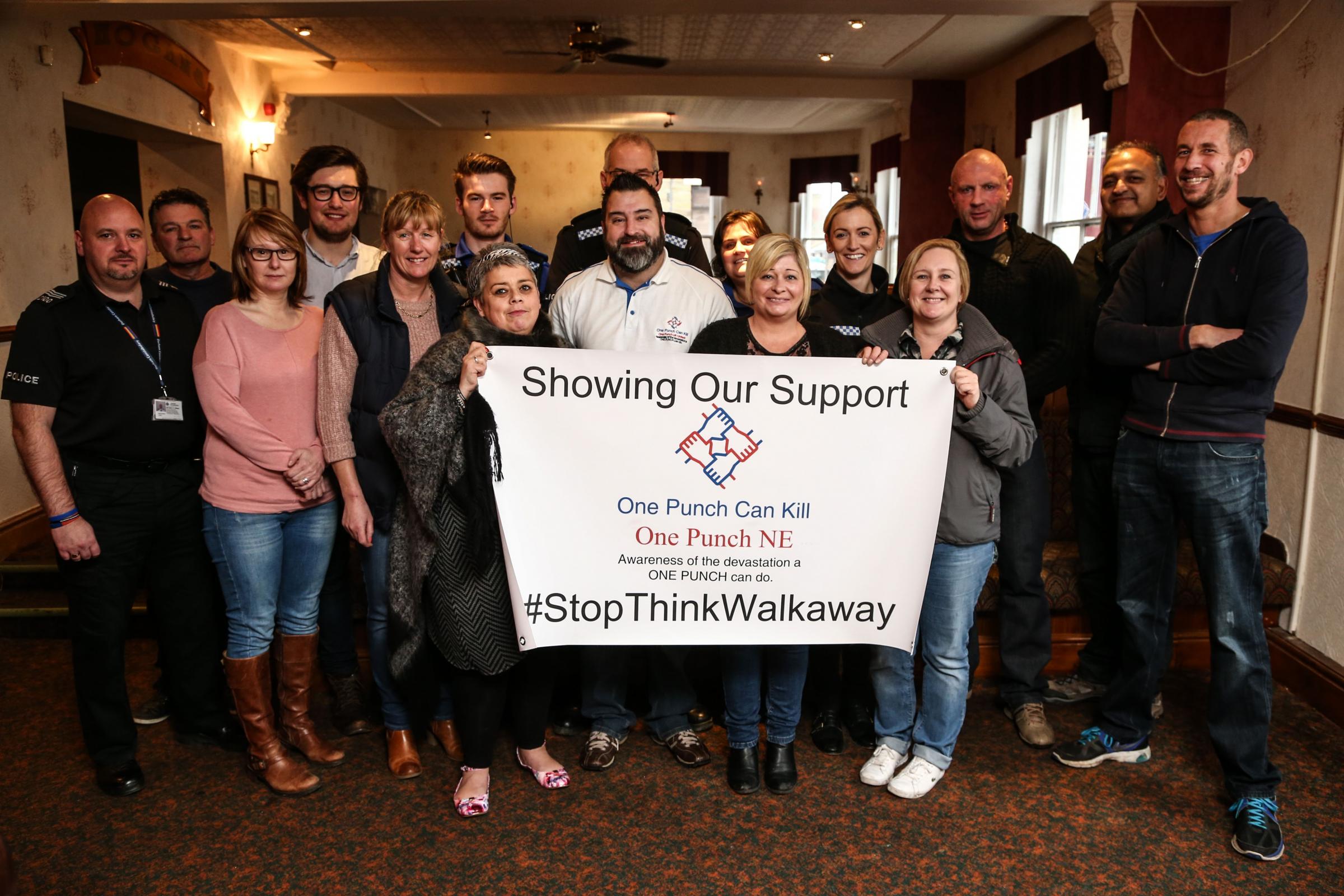 A CAMPAIGN to halt social violence has won the backing of two Pubwatch schemes in the run up to Christmas. One Punch North East, launched by Maxine Thompson-Curl earlier this year, is receiving cash donations from the landlord support groups in Bishop Auckland and Crook this week.

She founded the group after her 18-year-old son Kristian, from Burnopfield, was struck once in a Consett nightclub in September 2010. Kristian, who was sober at the time of the attack, died ten months later after suffering severe brain injuries.

One Punch North East aims to educate people about the risks and consequences of a split-second decision to engage in violence. Speaking at a meeting of Pubwatch at The Mitre pub on Newgate Street, Bishop Auckland today (Wednesday, December 2), Mrs Thompson-Curl told landlords and landladies about the events that led to her sons death, proving how easy it is to suffer fatal injuries from just one blow.

The One Punch campaign is all about raising awareness of the misuse of alcohol and the consequences of violence,” she said. “Any sort of donation or any sort of support you can give is welcome. We would like to hear more from you about how we can work with you to get our message across.

Mrs Thompson-Curl thanked licensees for their donation of L50 and added that, along with the proceeds from their own fund-raising, it will help finance a project producing beer-mats printed with the hard-hitting One Punch message. The final design has not yet been agreed but they may include a picture of Kristian.

In a Pubwatch meeting of licensees from pubs in Crook tomorrow (Thursday, December 3), Mrs Thomson-Curl is also expected to accept a further donation to the beer-mat campaign.

PC Claire McNaney, of Durham Polices alcohol harm reduction unit, said: The festive season is almost upon us, when many people will be out socialising and drinking more alcohol than they usually would. We want to ensure that people enjoy their festivities and stay safe throughout. Share article A split-second decision to engage in a single act of violence  just one punch – can cause devastating, irreparable damage to numerous lives.

To donate to the One Punchs latest campaign, visit gofundme.com/onepunchbeermats

Photograph and story courtesy of The Northern Echo www.thenorthernecho.co.uk