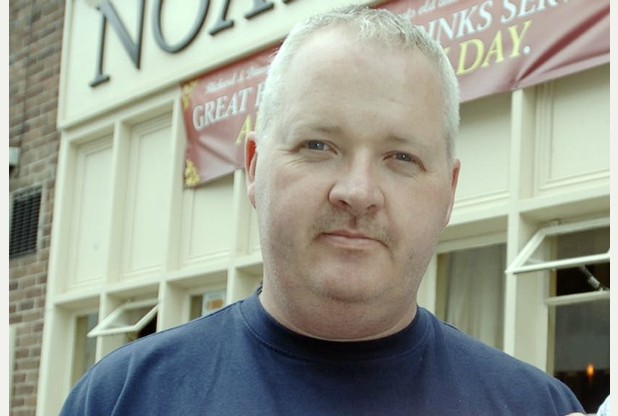 PLYMOUTH’S Pubwatch network is being re-launched after a loss of interest from landlords  because the city’s nightlife has become so safe.

With crime figures falling across Devon and Cornwall and police saying booze-related trouble is down in key parts of Plymouth, Pubwatch chairman Richard Smith said the scheme has become a victim of its own success.

But he is now keen to re-build the network, which shares information on barred troublemakers, to prevent any surge in nighttime violence and anti-social behaviour.

That means encouraging pub bosses to re-engage and share data on offenders so they can be banned from venues in the network.

“Pubwatch became too successful,” Mr Smith said. “So many people were behaving themselves we ended up with not a lot to talk about in Pubwatch meetings.

“So we are having a re-launch. Not just us (Plymouth Pubwatch) but the Barbican too and outlying groups who have also not had as many reported issues in their areas.

“So we think it’s the right time to re-launch, while things are going well, and to have an awareness campaign for new licensees and those that have moved.

“We want people to know how safe it is to have a night out in Plymouth, but at the same time we don’t want to lose focus.”

Plymouth Pubwatch covers about 40 venues in the central part of the city including Mutley Plain.

There are also schemes for the Barbican, Devonport, and Plympton.

A Tamerton Foliot branch has “disbanded”, Mr Smith said, and Stoke’s is now more of a retail organisation due to changes in the composition of that business district.

Plymouth Pubwatch has already held a meeting this year, attracting 42 venues, and Mr Smith, now landlord of Stonegate’s Roundabout pub at Drake Circus, said he has received a strong commitment from leading venues.

He said the voluntary Pubwatch scheme would operate alongside Best Bar None Plymouth, which has about 70 accredited venues.

“BBN is more about standards and practices, Pubwatch is more for safety and security for guests, staff and premises,” Mr Smith said.

He said a “code of practice”, produced by the national Pubwatch organisation, would be sent to members and cover training and other topics.

Pubs joining Pubwatch would also be able to use a “closed” Facebook page, where information about troublemakers can be securely shared with other members.

“We can put a picture of someone on the Facebook page and say why they are barred,” Mr Smith said. “Only certain people can access that information: not general bar staff but duty managers and door supervisors.”

Mr Smith said anyone barred from pubs under this arrangement would receive a letter from police explaining the ban.

Pubwatch is also planning to provide training for bar staff on issues such as safety of lone females.

There will now be quarterly meetings of various Pubwatch chairmen.

He said a representative from the national Pubwatch organisation would be invited to the next Plymouth meeting on April 12, 2pm, at the Roundabout.

Any venues joining Pubwatch will be asked to pay a L30 fee to cover costs, but pub chain Stonegate is providing about L1,250 to fund the organisation.