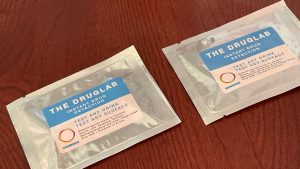 Since 2019 bars in Plymouth have been able to test drinks which people are worried may have been tampered with – and there’s calls for the scheme to now be used in more areas.

The pilot has already been extended across other parts of the Devon & Cornwall force with Plymouth Pubwatch and South West regional spokesperson Richard Smith suggesting other forces now follow suit following its success.

There’s been a number of reports of spiking – including the use of a needle – across the county and its claimed increasing the availability of testing could help ensure drinkers are safe and feel reassured. 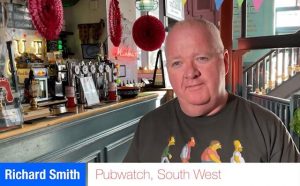 The Devon & Cornwall force area currently has one reported incident under investigation in Exeter of a suspected assault involving a needle.

Sergeant Dave Moore from the Force Licensing Team said: “These kits allow bar staff to test a person’s drink to see if it has been interfered with. If it has, this allows evidence to be secured and medical assistance given to the victim. This can also help give peace of mind if the drink comes back clear from tampering.

“Bars who are part of the Best Bar None scheme, Pubwatch and all late-night venues across Devon and Cornwall have been supplied with these drink testing kits. Any other bars who wish to have access to these kits can contact the police licensing team and they will be supplied to them.

“We also have urine testing kits for use by police officers at police stations around the force which can be used for up to three days after the consumption of the drink to test for evidence of spiking.

“We will work closely with the evening and night-time economy to ensure bar and door staff are fully aware of the correct steps to take if a customer has concerns about their drink being spiked.

“These incidents are rare but are simply unacceptable. Please continue to look out for each-other and to report these matters to the police and together we will stop this predatory behaviour.”