5//7/19: Story and photograph courtesy The Press and Journal www.pressandjournal.co.uk

Inverness and Highland towns have been branded the “safest party spots” in the north after a crackdown on anti-social behaviour – which has seen police committing 50% more hours patrolling pubs, clubs and restaurants in the region than counterparts in Scotland, the area’s police commander has claimed.

Chief Inspector George MacDonald said there has been a reduction in crimes of violence and disorder in the Highlands following the division’s focus on “valuing” licensees of pubs and clubs and supporting them.

He said police presence has had a positive effect on the behaviour of revellers, with the outcome being that violence and disorder is down in towns and the city centre.

He said: “Overall there is a reduction this year of 11% in most crimes of violence. Last year it was 10%.”

“In Inverness city centre we’re down 75 crimes year-on-year for violence.” 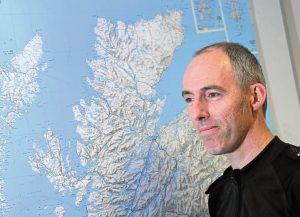 Mr MacDonald said: “We have an excellent working relationship with licensed premises throughout the Highlands and Islands which we value very highly.

“The significant number of recorded visits carried out by officers is not because there is a particular problem within the licensed trade but because of this excellent working relationship.

“Local licensees are keen to ensure that their businesses are a safe environment for staff and customers alike and police maintaining a visible presence in premises plays a key role in positively influencing the behaviour of patrons.”

“Reducing the number of instances of violence is a key priority in the Highlands and Islands and we are encouraged by the reduction in the number of common and serious assaults recorded.”

“Initiatives with partners such as Pubwatch, which now operates in various areas across the region, and Operation Respect which is a well-established multi-agency initiative aimed at preventing anti-social behaviour and disorder, play vital roles in helping to make sure people can enjoy themselves safely in licensed premises.

“It’s something that clearly works and that we will continue to do.”

Inverness Pubwatch chairman Robert Yorston said: “There is absolutely no doubt that police visibility in the pub means less likeliho