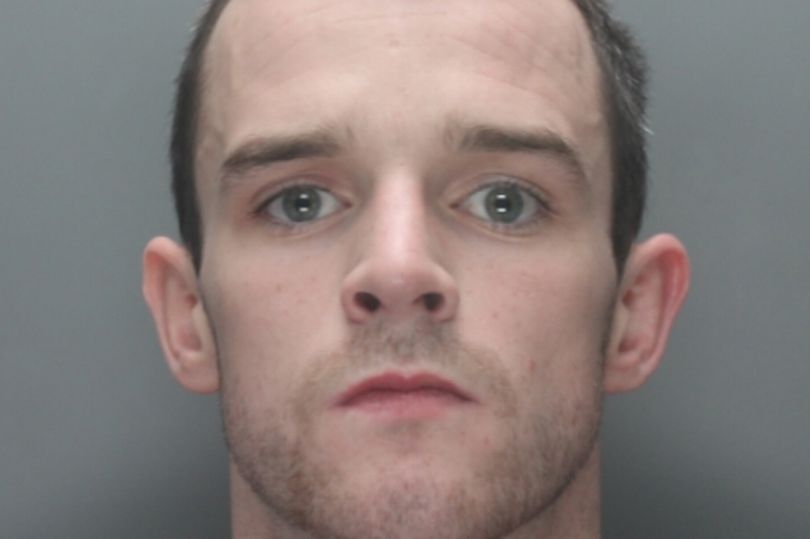 Jonathan Waters, 24, broke into the Hermitage Tavern in Lilly Grove by smashing a downstairs window with a hammer. He then stole cash from its tills, fruit machines and a charity box, before causing a flood by vandalising beer pumps on March 28 last year.

Liverpool Crown Court heard Waters used paper to set fire to the pubs curtains, but these were made from fire-resistant material. Unemployed Waters, of Grasmere Street, Anfield, stole around L300-L400 of alcohol including bottles of champagne.

David Birrell, prosecuting, said he caused around L8,000 of flood and smoke damage to the pubs curtains, carpet and walls. Waters lived opposite the pub at the time and the court heard that he alerted police to his guilt by his strange behaviour. Mr Birrell said officers went to his home to ask him if he had seen anything suspicious. He said: The defendant was nervous and said youre not coming in without a warrant.

The officer arrested Waters and searched his flat, finding alcohol and the cash. Police also found 23 empty bottles of beer in a box which also contained keys for the pub. The court heard these were not stolen during the burglary but had, in fact, been stolen during a knife-point robbery at the pub on December 17, 2013 when a woman was threatened and two men made off with cash. Nobody has ever been arrested or charged for this crime.

Waters refused to answer any questions in police interviews and denied breaking into the pub, but then pleaded guilty to burglary and arson before the start of a trial. He has 15 previous convictions for 37 offences including public disorder, violence, vehicle crime, criminal damage in 2007 and 2013 and two burglaries in 2008 and 2009.

Rachel Oakdene, defending, said that Waters, who has been suffering from anxiety and depression, had an unenviable record of offending. She said: This was a very immature event. The defendant had been drinking heavily at the time and cannot really provide any satisfactory explanation as to how or why he became involved. He was very drunk. In relation to the keys that were found, at the time there was a lot of building work going on at his property. He has no idea how those keys were in his property. He didnt use them to gain entry. She added that he knew there was nobody living above the pub.

Judge Thomas Teague sentenced Waters to 27 months in prison. He said: This is far too serious for a final community penalty. This was an overwhelming case and you could have saved yourself a considerable portion of your prison sentence if you had pleaded guilty at the outset.