“Pub staff are not there to be abused, verbally or in any other way” 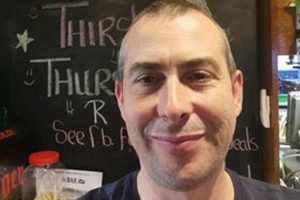 A Bristol publican is hoping for a happy Christmas for all – including pub staff.

Paul Herridge has been landlord of The Dolphin Inn in Oldland Common for four years.

Paul has put out a message that pub-goers enjoy themselves at Christmas and throughout the year, and respect pub workers.

He told Bristol Live: “The disrespect that people have for staff that work in this industry, the verbal and threatening behaviour that staff deal with is totally disrespectful and shouldn’t be tolerated. ”

“Pub staff are not there to be abused, verbally or in any other way – for my staff to be told to f*** off, it’s not acceptable.”

“I feel staff should not have to put up with this. We understand that with alcohol there are things that are going to happen, but let’s have a good Christmas.

“Let’s not go out and be stupid, get banged up and end up in a police cell.”

Paul stressed damage caused in pubs leads to costs rising – contributing to a downward spiral for the pub industry.

He said: “The damage that people cause to pubs when drunk and feel that it’s OK because can be replaced is also unacceptable. This costs time and money to repair. This is one of the reasons why some pubs are closing as it just adds to the running costs.”

Only last night (December 20), two windows were smashed at the Royal Oak in Chipping Sodbury, according to its owners.

They posted on social media: “We’ll get your name, report you to the police and you’ll be on pubwatch and banned from every pub in Chipping Sodbury by Sunday morning.”

“If you wish to pop in and have a chat about it and avoid us having to go to the police to resolve that would be lovely. Merry Christmas.”