Pub bosses in a town where a landlord was recently stabbed to death have called a “crisis meeting”, claiming it is not safe to keep doing their job. 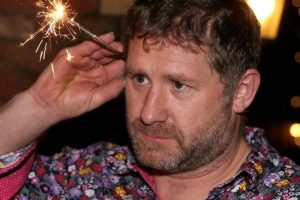 Landlord Christian Thorton was stabbed to death outside his pub The Hammer and Pincers in Widnes on August 11.

Representatives from boozers in Widnes have placed themselves on high alert following the tragic killing of popular landlord Christian Thornton.

A spokesman for the town’s Pubwatch scheme have described the area as “The Wild West.”

Chris Headon, who runs the Griffin pub, says police are routinely slow to respond to requests for help, and claims that on one occasion, took eight days to attend a 999 call.

It comes as the community is still reeling from the fatal stabbing of 49-year-old Mr Thornton at his Hammer and Pincers inn on Peel House Lane.

The landlord, affectionately known for his habit of wearing colourful and garish T-shirts, was confronted by a man in the pub garden and then stabbed repeatedly.

In court, he pleaded guilty to manslaughter, but not murder.

He is expected to stand trial.

Mr Headon said urgent talks were needed to ensure pub landlords remained safe while at work. He told the ECHO: “Christian’s murder has brought everything to a head.”

“There have been a lot of incidents.”

“Landlords are phoning police but we are being told no officers are available to attend.”

“We have a radio system that is not fit for purpose.”

“Police are telling us to telephone 101, but we barely get any response from that.”

Mr Headon says there is no longer a designated police licensing officer for the Widnes area to feedback concerns, a role which has previously been filled.

He added: “We feel as if we are fighting a losing battle – that’s the general consensus of opinion.”

“Landlords feel we have no confidence in the police being there to support us.”

“There’s a lot of angry people.”

“It’s a situation that needs to change.”

Police said their officers only attended emergencies and 999 calls if the incident continued to require an immediate response.

“A local inspector or sergeant attends the monthly Widnes PubWatch meetings, along with the local licensing officer.” 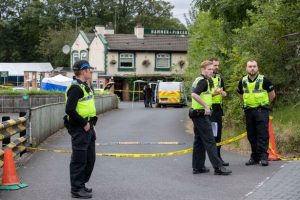 Police at the Hammer and Pincers pub in Hough Green, Widnes.

“These meetings provide a forum for us to work with local licensees to address any issues or concerns in relation to the local night-time economy.

“In terms of reporting incidents to the police, we give the same advice to licensees as we would to any other local businesses or members of the community – in an emergency dial 999, but if it is not an emergency then call 101 or use any other means of contact advertised on the Cheshire Constabulary website.

“All calls for service are assessed by staff in our Force Control Centre, and appropriate resources are deployed accordingly.

“It is very important to us that we continue to work with the licensing community to address their concerns, provide reassurance and ensure that everyone who works, lives or socialises in Widnes feels safe.”

Mr Thornton, nicknamed Tigger, was a married man who was well known in the community for helping to raise thousands of pounds for charities as well as supporting the local music scene.

A local woman described him as “a lovely man”, adding “he didn’t deserve that.”

Others described Mr Thornton as a “hero” for “trying to keep bad people out of pubs and protecting the nice people of the our town” which had “cost him his life!”

Anyone who witnessed the incident or has any information, which could assist the investigation, is urged to call Cheshire police on 101 quoting IML 483194.

NPW Editors comment: It was only a few months ago that National Pubwatch responded to a Home Office ‘call for evidence’ which was related to assaults on shop staff. We pointed out that Pub and door staff working in the night-time economy also faced many challenges and this shocking incident really underlines the problem.

NPW has made a number of short training films relating to subjects such as Conflict Management and How to deal with a knife attack, which Pubwatch members might find useful.