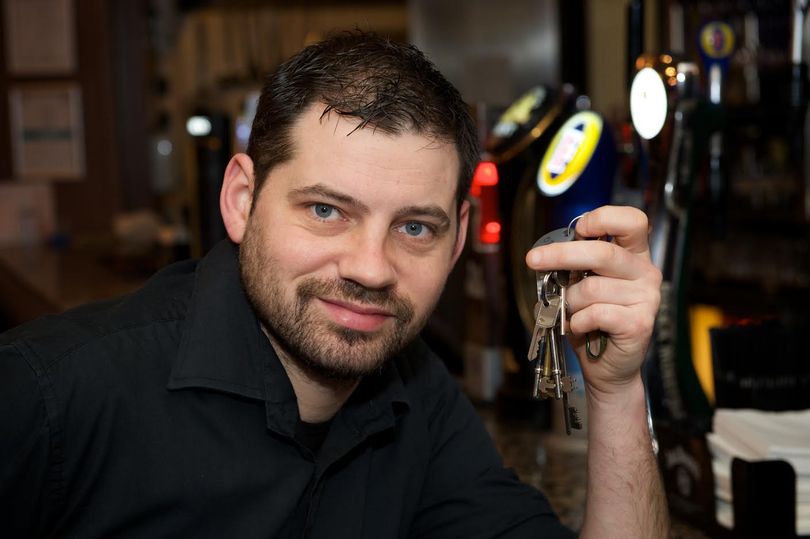 Paisley publicans have launched their own campaign against drink-drivers, urging them to hand over their car keys.

And they want everyone to take part and promote the move to save lives and licences.

The town’s Pubwatch group raised the issue at their latest meeting and now bar owners have urged staff to keep an eye on any drinkers who could be tempted to take their car home.

Bankhouse manager Jason Smith told how he has taken keys from plenty of punters and locked them in his safe.

He explained: “There are two reasons.

“One is the obvious drink-driving temptation side of it and the other is that we have customers worried about losing their keys on a night out too.

“But I have persuaded people in the past to hand over their car keys instead of taking a chance behind the wheel.

“I also had reason to call the police before on a guy getting into his car outside my pub.

“He wasn’t a customer of mine, but he had clearly been drinking and I had no hesitation in calling the cops.

“We had a round of staff training at the time of the new drink-driving limits being imposed and we also want our staff
to be vigilant for vulnerable people.

“It could be a young lad who has had too much to drink and is on his own, or even a young girl, and we will always phone a taxi for them and make sure they get into it and safely up the road.”

Pubwatch boss Jackie McCaig, of the Old Swan Inn, kicked off the move to crack down on drink-drivers.

She said: “I felt there was not a lot of publicity for it this year and I had not seen posters.

“So, it was raised at the Pubwatch meeting because there are still people who think it is okay to take the car and there are others who are fed up waiting for a taxi and take a chance.

“I have coaxed people to give me their car keys in the past and they have come back to thank me the next day when they collect them.

“My staff are all trained to look out for anyone who has said they will take the car when they’ve clearly had too many drinks to be under the limit.

“And we even keep an eye out for those with car keys lying
out on the table while they’re drinking.

“My staff are also trained to look out for anyone who is the worse for wear and vulnerable.

“We will call them a taxi and make sure they get in, just as we will do for someone who hands in their car keys.

“Plus,we also encourage customers to let taxi drivers know if they are cancelling when they manage to get a lift because that has a knock-on effect for other people waiting for taxis.”

Lenka Novotna, boss of DeBeers, says she dishes out free soft drinks to designated drivers to play her part.

She said: “We back this campaign to collect keys from people and I have done that regularly.

“I also make sure that, if there is a designated driver, they receive free soft drinks.

“It is an important campaign.

“Absolutely anything we can do to help save a life is worthwhile.”