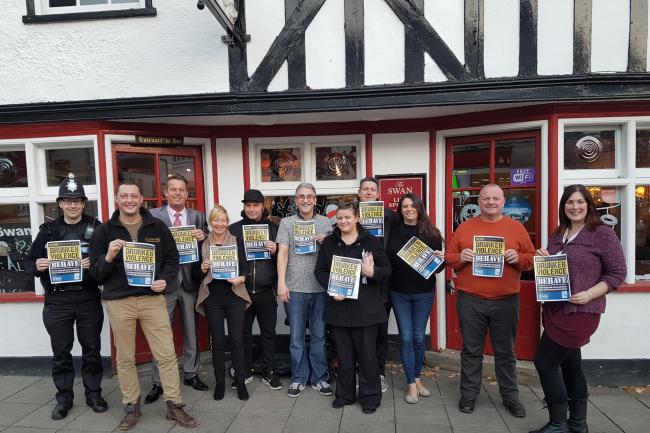 A SCHEME to combat anti-social behaviour during the evenings has been relaunched.

Essex Police  has been working in partnership with pubs and other licensed premises in Braintree to make the night time economy a safer place.

Pubwatch was officially re-launched last Thursday to improve communication between the police and pubs.

The launch took place at The Swan, in Bank Street, with many members signing up to the scheme during the launch.

The scheme will link Pubwatch members to each other and to police on a communications system to enable members to send information on incidents and potential trouble.

Vicky Powell, licensing officer with Essex Police, said: “There is no tolerance within the trade for trouble makers, if you choose to act inappropriately close partnership working will ensure that you are banned from all licensed premises.”

Members of the scheme will be supported by sharing police information under the Data Protection Act in respect of individuals that licensees want to ban from their premises.

Photograph and story courtesy of Braintree and Witham Times www.braintreeandwithamtimes.co.uk