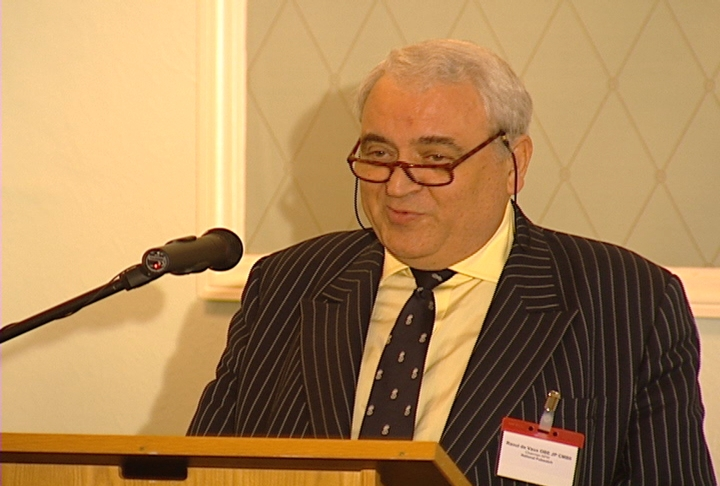 It is with great sadness that we have to report the death of Raoul De Vaux; one of the founding members of National Pubwatch and its Chairman until his retirement in 2007.

During his working life he spent time in the merchant navy and the police but is best known to the trade as a licensee of the Red Lion in Westminster. A founding member of the National Association of Licensed House Managers (now Licensees Unite) he became their President in 1999. He was awarded an OBE in 2003 for services to the pub and hospitality trade.

Raoul founded the National Pubwatch Scheme, together with Bill Stone and the late Malcolm Eidmans in 1997 and many of the early meetings took place in the small upstairs dining room of the Red Lion.

Steve Baker the current Chairman of National Pubwatch said Raoul was a larger than life character, but a very practical man. He understood the problems faced by licensees who have to deal with the small minority of customers who can damage their businesses. Its a tribute to his communication skill; drive and commitment that he managed to get the scheme off the ground and laid the foundations for our future success. National Pubwatch and the Pubwatch community have a great deal to thank him for.

Our thoughts are with his wife Jane and family.