National Pubwatch believes that recognising individuals and groups that have gone ‘above and beyond’ to help ensure a safe licensed trade is even more crucial this year as the industry faces its greatest ever challenge with the Covid-19 pandemic.

Despite the country still being in the throes of the latest lockdown the voluntary organisation, which supports over 800 Pubwatch schemes across the UK, is to focus on rewarding best practice in 2021.

Its range of five awards recognise Pubwatch groups, licensees, police, door staff, members of the public and emergency services – anyone who has made an outstanding contribution to the safety of the night-time economy.

Steve Baker, chairman of National Pubwatch, who was recently awarded an OBE in the New Year’s Honours List for services to reducing crime and improving safety in licensed premises, said:

“Our aim is to create safer drinking environments and we have worked hard to promote Pubwatch as a best practice initiative deserving of support and recognition by the Home Office and Police.”

“We may be in the middle of this pandemic but recognising those that are working hard to ensure that licensed premises remain safe has become even more important.”

“All the Pubwatches around the country, along with publicans, emergency services and members of the public are doing a hugely important job in ensuring that the licensed trade is safe.”

The prestigious National Pubwatch Awards 2021 will identify the top Pubwatch schemes that have gone above and beyond during this year of the Coronavirus pandemic, and finalists will attend a glittering dinner at the House of Lords later this year hosted by National Pubwatch President, Lord Kennedy of Southwark.

The awards, sponsored by JD Wetherspoon, want to hear from local Pubwatch groups that have tackled anti-social behaviour and have promoted social responsibility.

Other awards from National Pubwatch this year include the Award of Merit, which is given to an individual who has made a valuable contribution to a Pubwatch scheme whether as part of the group or through support given.

National Pubwatch will also be urging entries for the Malcolm Eidmans Award, which recognises the outstanding contribution made by a police officer or member of police staff in supporting the work of their local Pubwatch scheme. The awards were launched in 2013 in recognition of ex-chief superintendent Malcolm Eidmans, one of the founders of National Pubwatch, who died in 2012.

In 2015, National Pubwatch launched the first of its Star Awards to allow regional representatives to recognise the contribution made by people to their local Pubwatch. To date, 32 individuals have been recognised through the Star Awards for their hard work in supporting local schemes.

Most recently, National Pubwatch took the decision to launch an award in recognition of individuals whose actions have either saved life or minimised physical harm in the night-time economy. It is open to people who work in the pub and hospitality trade, as well as members of the public or those serving in the emergency services. The first Bravery and Meritorious Conduct Award was given to two individuals – Grayson Underhill, head door supervisor of the Thekla Nightclub in Bristol who rescued a customer that had jumped into the harbour waters and Barry Graham, door supervisor of the JD Wetherspoon pub, Sir Henry Tate, in Chorley who saved the life of a homeless man with CPR who had collapsed outside the venue.

“These awards are so important in recognising and rewarding those that have worked to improve the safety of our licensed premises and save lives.”

“We would encourage everyone to think about entering these awards and nominating any individuals or Pubwatches that deserve recognition in 2021.” 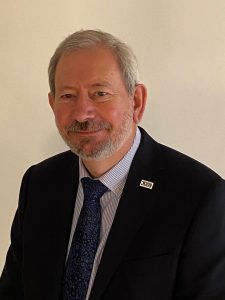 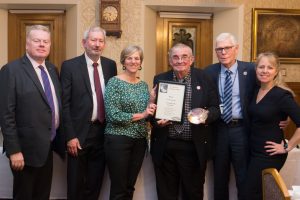 Nottingham City Pubwatch were the winners of the last annual National Pubwatch Awards in 2019.

The scheme was given the award for its positive approach to partnership working and its efforts to promote safety in the night-time economy. It initiated and supported a number of crime prevention initiatives, such as the distribution and availability of defibrillators and special medical kits for use in the case of knife attacks.

Davis Lucas, who took over as chairman from Mike Knight following his retirement, said:

“This gave the members an acknowledgment and recognition.”

“These awards are essential because people are currently facing so many difficult challenges in their work and personal lives. To have something positive is so welcome.” The National Pubwatch Awards in 2020 were postponed due to the impact of the Covid-19 pandemic.” 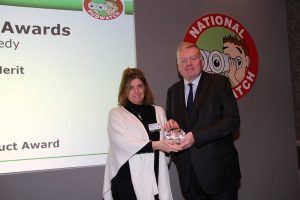 Managing director of Chapel Night Club and secretary and vice chair of Salisbury Pubwatch Amanda Newbery was awarded the National Pubwatch Award of Merit in 2020 for her instrumental work bringing pubs in Salisbury back to life following the Novichok international incident in 2018. She worked tirelessly to ensure that the evening and night-time economy was represented and supported in all city activities and gave up her own time to attend many hours of meetings to support the city and its businesses.

Newbery is also cited as being the lead person responsible for the city maintaining its Purple Flag status and was recognised as the catalyst that brought the community together.

Newbery said: “As licensees, we understand what our city centre would be like without Pubwatch. Members come and go but the core strength of Pubwatch membership has remained for over twenty years.”

“To win this award was one for the team. It was completely fabulous for the committee member working behind the scenes and for the members who attend regularly every month. It was for everything we do to keep our city safe and for all our partnerships and the friends we’ve made.”

Established to encourage and recognise the work of local Pubwatch schemes throughout the UK.

Recognises the outstanding contribution made by a police officer or member of police staff in supporting their local Pubwatch scheme.

Acknowledges the contributions by individuals to the success of schemes around the country.

Award Recognises individuals whose actions have either saved life or minimised physical harm in the night-time economy.

Allows regional representatives to recognise the work of those locally who have supported Pubwatch schemes.

Go to www.nationalpubwatch.org.uk for more information.