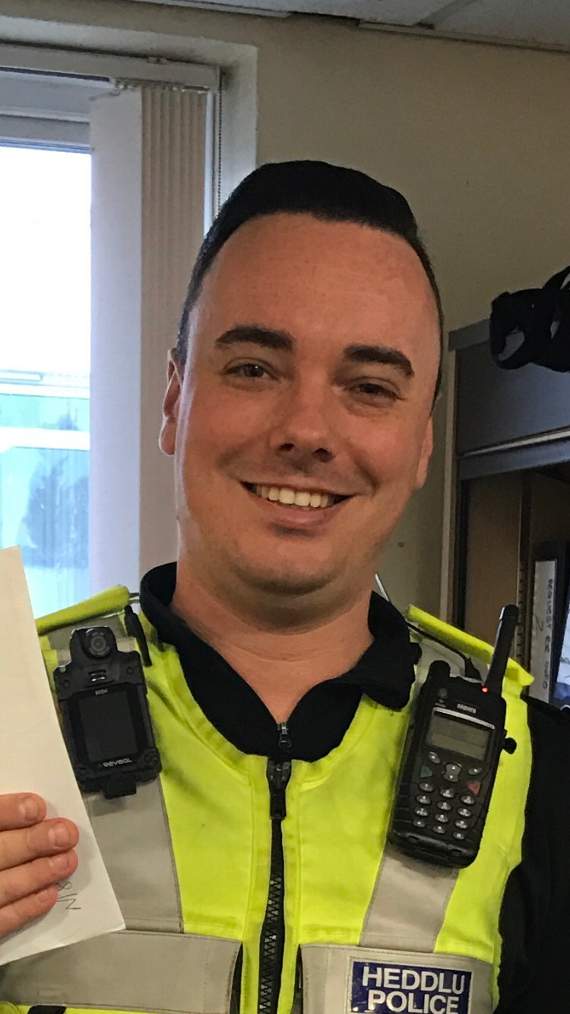 PC Adam Hollings, who has been championing the initiative since taking on the role of Abergavenny Neighbourhood ward manager, is delighted with the way things are progressing.

Members of the scheme meet once every six weeks to discuss any incidents of disorder in their premises.

They then vote on whether the troublemaker in question deserves a ban and if the majority say ‘yes’, another vote is taken to determine the length of the ban. PC Hollings then serves banning letters on the individuals concerned.

“In theory a lifetime ban is possible, but we think the carrot and stick approach is better because it gives people a chance to mend their ways,” he said. “There are currently approximately 15 bans in force, lasting from three months up to two years.”

Gwent Police meanwhile have reported two of these people for summons to court and one is currently on police bail whilst the investigation continues.

Although there’s been a Pubwatch scheme in Abergavenny since the 1990s, membership had dropped to virtually nothing until PC Hollings became involved a year ago.

“The feeling was that the scheme had become a bit stale, with only a handful of regular members – and there were only three bans in place, two of which applied to people who had since moved out of Abergavenny.

“One of the main problems with the existing scheme was that landlords only had a list of names on an A4 sheet of paper to tell them who was banned,” he explained.

“During the past year we’ve been working together to ensure that the scheme runs effectively. We now have all the town centre landlords regularly attending the meetings and there are currently 15 people on the banned list.

“There’s also an app the landlords can download to their mobiles from the national website of Pubwatch Online, which enables them to quickly see pictures of people on the banned list, along with details of where and how they came to be excluded.”

PC Hollings says he visits all the town centre pubs on a regular basis to talk to the landlords in person and interest in the scheme has risen from ‘virtually zero to 100 per cent’.

One of the main aims in revitalising the scheme has been to tackle problems in parts of the town that are prone to disorder problems on Friday and Saturday nights.

“The persistent troublemakers tend to be out and about every weekend, but the Pubwatch scheme is massively effective in keeping them in check,” he said.

“It’s great from the police point of view not to have to deal with repeat offenders and it is also a good thing for the landlords who want to maintain the reputation of their premises.

“Thanks to the scheme, we have seen a reduction in the number of violent incidents in the towns pubs and prolific offenders have effectively been prevented from having the opportunity to offend as they can’t even enter the towns pubs.

“This ensures that everyone else can go out and enjoy the towns pubs without fear of violence.”

He added, “These bans run alongside our police investigations – offenders don’t just risk a ban but also further criminal proceedings. We will also take action against anyone breaching their bans, which in some circumstances can include prosecution.”

Pubwatch members were keen to send out the message to potential troublemakers ‘behave or you’re barred!’, he said.

Local publicans are also keen to extend the scope of the scheme, bringing in guest speakers, for example, to talk about issues such as how local pubs can get more involved in the annual Food Festival.

One pub landlord told the Chronicle that, while there was comparatively little trouble on licensed premises in the town compared to the situation a few decades ago, it was a step forward to be able to quickly check via the Pubwatch app whether someone who had walked into the bar was a known troublemaker.

He said that a bonus of attending Pubwatch meetings was to hear from Monmouthshire County Council’s licensing officer about changes in the law, new ideas on licensing issues that were being discussed and so on.

He felt that one shortcoming of the scheme, however, was that it only applied to pubs, not to clubs and another was that if someone from outside Abergavenny picked up a banning order here they would be unlikely to return, but would still be free to drink in pubs in their hometown and elsewhere.

PC Hollings said that clubs couldn’t join the scheme ‘for complex legal reasons’ but he said there was no reason, in theory, why Pubwatch schemes in different towns couldn’t link up and share information.

NPW Editor’s note: The ‘legal reasons’ mentioned in this article will relate to the fact that a club’s rules will set out a prescribed process under which a ‘member’ may be excluded. This process might appear contrary to the collective banning decisions taken by a Pubwatch scheme. However this is not an insurmountable problem and many social and working men’s clubs seem to be able to work effectively within their local scheme.

Story and photograph courtesy of the Abergavenny Chronicle www.abergavennychronicle.com